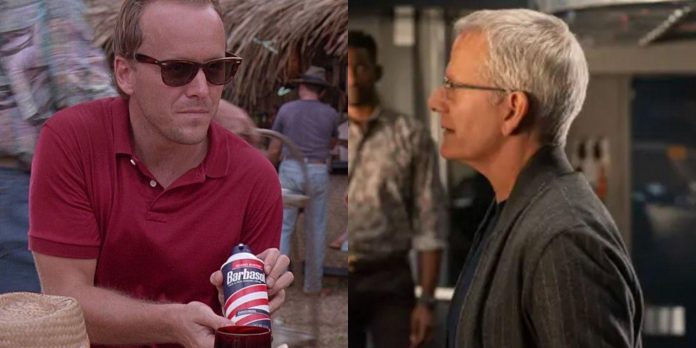 The following contains spoilers for Jurassic World: Dominion. When it comes to the Jurassic World trilogy, there is a lot of interest in nostalgia combined with the new. Nostalgia for the original “Jurassic Park” trilogy attracts fans no less than new technologies and new dinosaur storylines. While most of the talk focuses on the trio of stars (Sam Neal, Laura Dern and Jeff Goldblum) who appeared in the original film, another character from the very first film also appears: Lewis Dodgson.

Lewis Dodgson (Campbell Scott) is the villain of Jurassic World: Dominion. He created his own company disguised as a humanitarian activity, providing shelter to displaced dinosaurs and researching medical applications of dinosaur DNA. In fact, the company allows Dodgson to find ways to genetically modify species and possibly gain control over the world’s food sources. Dodgson’s insidious power play has been predicted since his first appearance in Jurassic Park. It also really completes the franchise circle.

Lewis Dodgson is introduced to Jurassic Park at a meeting with Dennis Nedry right before Nedry’s trip to Jurassic Park. It is Dodgson who hands Nedry a jar of Barbasol shaving cream with hidden compartments, which is enough to get dinosaur DNA samples from the InGen modified species list.

In essence, Dodgson leaves everything in Nedry’s hands, knowing that the hurricane is heading straight for the island, and not worrying at all about who might get hurt in the chaos caused by Nedry disabling the security system to commit theft. Dodgson does not care about the lives of people on the island, nor about the welfare of real animals. He just wants to get his hands on intellectual property. Nedry just wants money.

In the original Jurassic Park game, Dodgson even sends employees to the park after evacuation to find property while dinosaurs roam the island, and the events of the game show that employees are losing their lives and a canister again.

Lewis Dodgson follows the path laid out by John Hammond

Jurassic World: Dominion returns Dodgson not only to remind viewers that he is a villain, but also to demonstrate that his path to power is literally following in the footsteps of John Hammond. Hammond, as they say in the original film, begins his work on Jurassic Park with the discovery of the DNA of mosquitoes encased in amber. Dodgson’s Dominion facility is built on amber mines that were bought by his company BioSyn. The electric dinosaur implants in his facility are designed to send impulses to the creatures’ brains. This is a miniature version of electrified fences from Jurassic Park.

Dr. Henry Wu is a leading scientist at Jurassic Park. He is the one who cultivates DNA samples and finds out which genes need to be spliced to “fill in the gaps”. After he tries to continue his work at Jurassic World, his services are poached

Lewis Dodgson. Dodgson uses Wu to build his own empire. Even Wu has created locusts that don’t eat the grain created by BioSyn.

Although Dodgson doesn’t want to build a dinosaur theme park to make people happy, he takes every crumb left by John Hammond and follows them.

Lewis Dodgson Gets a Karmic Ending

Dodgon’s final moments in Jurassic World: Dominion show him plotting his own escape amid the company in chaos, not unlike Nedry trying to escape in the original film. Dodgson even takes a jar of Barbasol that he left as a keepsake to take with him. However, it’s not just this jar of shaving cream that brings the end of Dodgson’s story back to the beginning.

Dodgson gets something of a karmic end to his place in the franchise. Trying to escape, he finds himself trapped in a car designed to take him away with a pair of dilophosaurs. Dilophosaurus prevents his escape, as Nedry did in Jurassic Park. He uses his poisonous saliva against Dodgson and attacks him, stopping Dodgson in his path and preventing him from leaving. Dodgson meets his end the same way Nedry did—chasing John Hammond’s trail and his own greed. 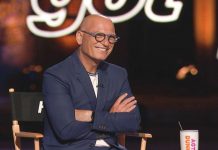 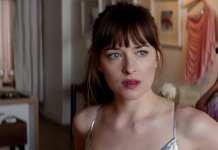 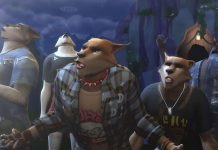