Home Crypto How is the Ripple case going? When will the SEC fight end? 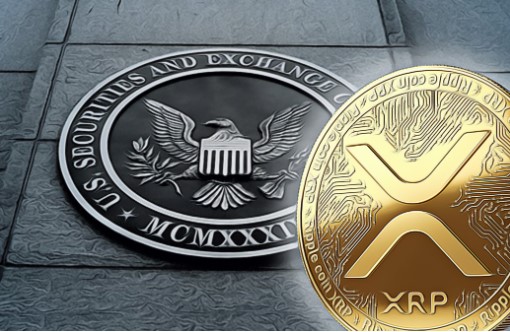 The Ripple case, which is of great importance for the crypto industry, has been going on for several months. Since the end of 2020, new developments have been constantly taking place. At the moment, the SEC has done everything to extend the process and save time. He tried to turn the process in his favor with the help of the oldest and most experienced employees. So when the case is over, will he be the winner?

Why is the Ripple case important?

In December 2020, the Securities and Exchange Commission sued one of its most famous companies, Ripple, as well as two top managers of the firm, literally telling the crypto industry: “I’m here.” The resulting lawsuit over whether Ripple and its executives sold unlicensed securities in the form of XRP tokens poses an existential threat to both the company and the industry as a whole. If the judge concludes that XRP is a security, Ripple is likely to fail, and this decision will give the SEC a powerful weapon to fight other blockchain projects.

Despite this pressure, Ripple rejected the deal. Instead, he sought to change the situation with the SEC by creating an aggressive legal defense and publicizing the agency’s suspicious behavior. Now, almost a year and a half after its start, the case is at a critical stage.

How is the Ripple case going?

When companies face an SEC lawsuit, they usually agree rather than fight. This is due to the fact that the SEC sues only when it has strong arguments. At the same time, the transaction is always less expensive. But money is not a problem for Ripple. The company has made huge sums selling XRP, which means it has the resources to hire the best securities lawyers in the country, including former SEC chair Mary Jo White.

But, as some have pointed out, the best lawyers in the world will not help an accused who has clearly been harmed. Cryptography lawyer Stephen Palley, who is skeptical of Ripple’s chances, said last year: “Hiring Mary Jo White is pointless, it just means they have a lot of money. You can hire fancy law firms… but the law is the law,” he said.

However, Ripple’s legal team achieved some key victories in the early stages of the trial, including gaining the right to fire former SEC chief Bill Hinman and forcing the agency to hand over documents describing some of its internal negotiations. Although the specific contents of the documents, including the minutes of the SEC’s internal meetings, have not yet been made public, it is likely that the agency will strengthen Ripple’s position by arguing that its crypto policy is arbitrary and uncertain.

Meanwhile, the revelations about Hinman, a former director of the agency’s corporate finance department, could put the SEC in an awkward position. Documents submitted to the SEC in Ripple’s lawsuit suggest that the agency will try to portray Hinman as a fraudster who acts on his own when it comes to Ethereum.

When will the SEC fight end?

As a result, it is still unclear what shortcomings Ripple revealed to the SEC at the pre-trial stage of the case. Hinman’s problem is important, and there is compelling evidence that the institution is acting arbitrarily in cryptocurrencies. The only problem is that the judge has to believe that this is hard evidence.

Meanwhile, the Netburn judiciary has rejected attempts by Ripple CEO Brad Garlinghouse and co-founder Chris Larsen to dismiss a lawsuit against him as part of the alleged impeachment. This means that the Securities and Exchange Commission has provided enough evidence in the early stages to allow the case to develop further, and executives may be personally put in legal jeopardy.

Billions of People Will Enter The Crypto Ecosystem!

This Altcoin Has Bounced Off The Board With The Announcement Of...