Home News How is the Outlook for Record-Refreshing Ethereum? 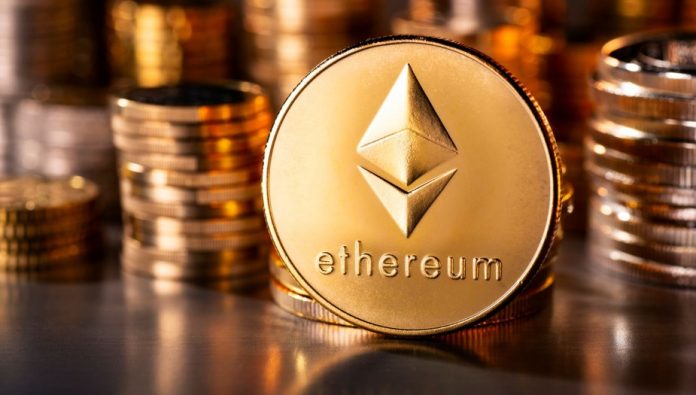 Ethereum (ETH) price surged with Bitcoin to $ 1,800 and set the record. What happened in the Ethereum network when the Ether price broke a record?

Ether price rose 35 percent over a 30-day period. The investment trend that set Bitcoin in motion began to reflect on Ether. Technical analysis made; It shows that big ether addresses are proliferating, it is being used more and more actively and it is beginning to attract the attention of institutional investors.

The expected day for CME Group has come

CME Group, one of the largest stock exchanges in the world, opened ether futures transactions as of February 8. According to Arcane Research data, a volume of $ 30 million was achieved on the first trading day. The total value of open positions was announced as $ 20 million.

Grayscale bought an additional 20,000 ether at the end of last week. The Coin Metrics team announced that Grayscale’s ether fund could grow with the spread of CME Group transactions. Big investors can use this pair to strike a balance in their portfolios. On the one hand, the investor investing in Grayscale’s ether fund, on the other hand, can take a short position through the CME Group.

The over $ 1,800 price of Ether has mobilized medium-to-long-term investors. At least six according to Glassnode data; The ether coins, which had not been actively used for at most twelve months, began to decline after the price hit a record.

The number of large investors is growing rapidly. Coinbase announced in its report for 2020 that “institutional investors have started to be interested in ether”.

On the one hand, the demand is growing …

The number of active ethereum addresses increased to 617 thousand last week. Calculating this based on the seven-day average, Coin Metrics announced an increase of 8.6 percent compared to the previous week. The proliferation of active ethereum addresses shows that the demand for it is growing. One of the indicators of this is that the number of addresses that contain any amount of coins has increased to 53 million 657 thousand 893 and broke a record.

The average value of transactions on the Ethereum network is up to $ 312. Although the record for this was broken in January 2018, such a high number had not been seen for years. The Ethereum blockchain hosted a total of $ 19 billion worth of transactions on February 4th. This has become an all-time record.

On the one hand, transactions are getting expensive

All of this resulted in higher transaction fees. Based on the seven-day average, ether users pay a total of $ 24 million per day transaction fees. Glassnode announced that ether miners earned $ 3.74 million in just one hour on Friday.