Home Entertainment How is Ben doing in the third season of Umbrella Academy? 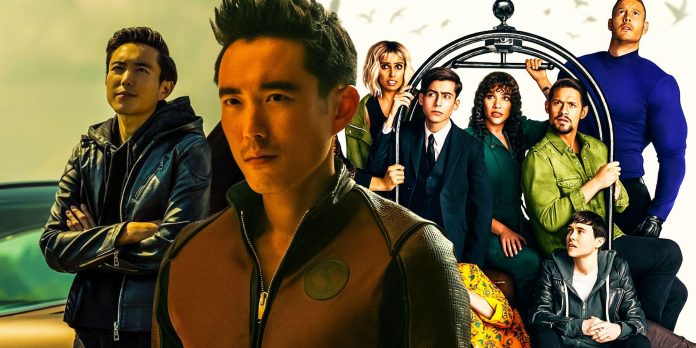 Ben Hargreaves is still alive in the new timeline of the third season of Umbrella Academy, but how does it happen? The 3rd season, set in a timeline altered by the actions of Umbrella Academy in Dallas in the 1960s, will feature ​​​​Reginald Hargreaves Sparrow Academy is a group fundamentally different from Umbrella, which viewers have been watching for two seasons. The angrier Ben seems to be leading the Sparrows in season 3 of Umbrella Academy, making viewers wonder exactly how he survived in this newest timeline.

After successfully saving the world from destruction in the first season of Umbrella Academy, Umbrellas find themselves scattered across 1960s Dallas, Texas. After dealing with some of their family problems, struggling to stop the Kennedy assassination, and meeting another one of the 43 superpowered kids mentioned in the first season, they all jump back together to 2019, but this is not the 2019 they will find out. Strangers live in their house, Reginald is alive, and Ben is not only alive, but, according to Allison in the trailer for the third season of Umbrella Academy, “a complete jerk.”

However, perhaps the most significant difference between Umbrellas and Sparrows introduced in the third season is the unity of the team. By 2019, Umbrella Academy had already erupted into feuds, and the loss of Ben and the Fifth aggravated the problems that were already in the family. On the other hand, it seems that all the Sparrows still live together and work as a team, and this unity suggests that Reginald was more successful in building a team at this stage. This unity best explains why Ben is still alive in this timeline — a member of the Sparrow Academy has never died in the Sparrow chronology. Another possibility is that Ben became more powerful in the new timeline because Reginald treated him like a leader and gave him more attention, which again could help him avoid death in the Sparrow succession.

It is unknown how Ben died in the original timeline. At his funeral, Reginald blames the Umbrella Academy for Ben’s death, suggesting that a mistake made by the team is to blame. Given how dysfunctional their family dynamic is and how unhappy all the versions of Reginald who met with them were, it’s not hard to assume that Umbrella’s lack of unity could have put Ben in danger, eventually killing him.

It’s hard to take Reginald’s words at face value when he was shown to be so manipulative, abusive and harsh with his children during the first two seasons of Umbrella Academy. Perhaps, in the original timeline, it wasn’t the breach of unity that killed Ben, but the fact that Ben wasn’t well prepared. In the new timeline, Ben seems to be the leader of the Sparrows, and such a position could provide him with more attention and care from Reginald, which, in turn, would help him develop his powers more fully and save him from death when he encounters anything. that’s what killed him. If Ben Vorobyov is stronger, it tracks that he has a better chance of surviving until 2019.

Ben’s death is surrounded by a lot of uncertainty, and even in the original Umbrella Academy comics there is still no answer as to exactly how he died. Perhaps the new season will reveal this secret and much more. However, regardless of whether this is the case, the 3rd season of Umbrella Academy will definitely give more details about Reginald, the Sparrows and how Ben is alive in the new timeline.

One Piece Anime, Episode 987; When It Premieres?