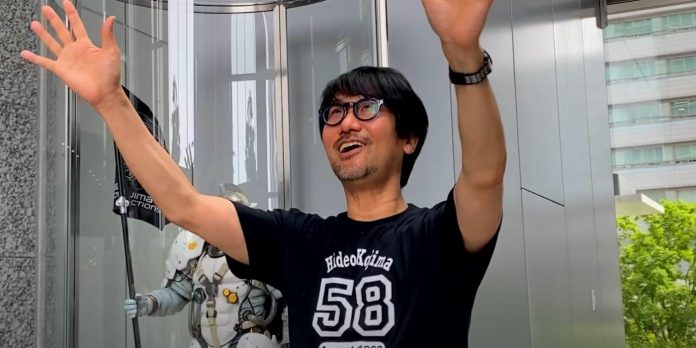 Game icon Hideo Kojima, creator of the Metal Gear and Death Stranding series, apparently came up with cross-save technology even before this feature became available. The respected author is known for always pushing the boundaries of gaming technology, as well as offering bizarre and often confusing narratives. There are innovations in Kojima ‘s games: they read the console’s memory card to scare players, require players to speak into the microphone to continue, and much more. Support for cross-platform progress and cross-preservation has only appeared in the industry in the last decade or so, but Kojima claims that this idea came to him before anyone else.
After working as an assistant designer in the game Penguin Adventure, Hideo Kojima made his directorial debut in Metal Gear in 1987. The computer game for MSX2, which is considered the first real stealth game, paved the way for both a long-lived franchise and an incredibly popular gaming genre. Kojima worked on the series until the release of Metal Gear Solid 5: The Phantom Pain in 2015, and each part expanded the boundaries of both technology and presentation. After leaving Konami in 2015, Kojima Productions created Death Stranding, a post-apocalyptic postman simulator starring Norman Reedus as Sam Bridges. Hideo Kojima’s next game was announced during Summer Game Fest 2022, with the Xbox game apparently using Microsoft’s advanced cloud technology.
By topic: How Hideo Kojima’s New Game Can Use Xbox Cloud Technology
Since the release of the first Metal Gear, Hideo Kojima has been striving to fully exploit the potential of gaming technology. The original Metal Gear Solid memorably reads the PlayStation console’s memory card so that the telepathic Psycho Mantis can mention certain games the player has played. Meanwhile, Metal Gear Solid 3: Snake Eater allows players to use the PlayStation 2’s internal clock to skip the End boss battle, waiting for him to die of old age. This emphasis on innovative technologies is fully present in Death Stranding 2019, in which famous Hollywood actors such as Norman Reedus, Mads Mikkelsen and Lea Seydoux are filmed using motion capture technology. Cloud technology will be featured in Hideo Kojima’s next horror game called Overdose, according to rumors, although few details have been revealed about the title.
Hideo Kojima came up with cross-saving years before it was implemented
Among his other brilliant ideas, Hideo Kojima (via Twitter) recently stated that he had the idea of cross-saving even before it became commonplace. Convenient technology allows players to transfer saves between different consoles, allowing them to continue progressing in the game wherever they play. Kojima apparently had this idea ten years ago, despite the fact that it really became popular in the second half of the 2010s. Kojima may have come up with this concept during the development of Metal Gear Solid: Peace Walker, the portable part of a series of tactical spy fighters created for the PlayStation Portable. In fact, in 2011, the game used a cross-save feature called “Transfer” when it came out on PlayStation 3.
Hideo Kojima is known for transcending both technology and storytelling, a quality that earned him the Japan Fine Arts Award back in March. Although this feature only became popular years later, Kojima apparently came up with a cross-save game so that players could experience the game both at home and on the road. In his next game, which will use Xbox cloud technology, Hideo Kojima will undoubtedly continue to innovate and create completely unique gaming capabilities.