Home Entertainment How Guardians of the Galaxy and James Gunn participated in the development... 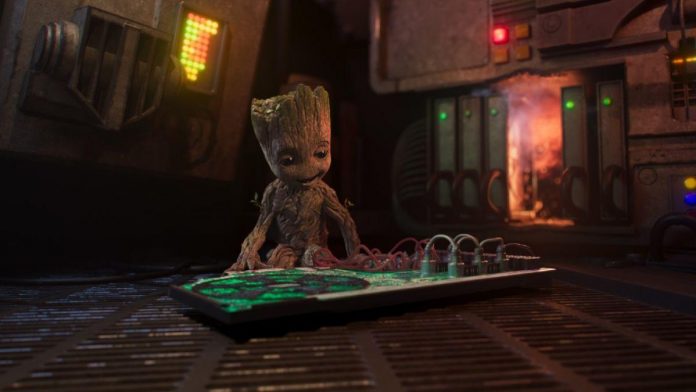 Since its launch in 2014, the Guardians of the Galaxy franchise has become not only one of the most popular series in the Marvel cinematic universe, but also in the entertainment industry as a whole. This is largely due to the sharp creative eye of James Gunn, who has so far worked as a screenwriter, director and executive producer in solo projects of space assholes. The latest production created on the basis of a massive IP is I Am Groot, a series of animated short films dedicated to a cute talking tree. Although Gunn wasn’t actually the writer or director of the show (which airs on a Disney+ subscription), he was definitely still involved in the creative process.

“I am Groot” is headed by an experienced animator Kirsten Lepore, who managed to bring her experience of working with short films to the production. While she sought to use her unique sensitivity when working with the charming MCU character, Lepore nevertheless consulted with the person who helped bring them to the big screen. I spoke to Lepore during the celebration of the series, during which she explained that James Gunn gave her invaluable guidance during the creative process:

Yes, I mean, he really helped a lot in the process. We had several meetings during production, one of the first was just, you know, where we kind of sat down and just discussed: “OK, who is this character,” you know who he created, and just made sure, like this, I could give this character credit. And I could hear from his mouth, as if describing who he is, you know, who Groot is as a character. So it was very, very informative, and what I kind of took with me was spinning in my head the whole time we were writing.

James Gunn has proven that he protects his space adventurers, and for good reason. The Guardians have a very specific atmosphere, which is especially evident in Gunn’s dialogues, and so far it has proved successful. Gunn also worked with Taika Waititi to make sure the team’s appearance in “Thor: Love and Thunder” was perfect. And a few years earlier, Gunn also contributed to Avengers: Infinity War, as he gave directors Joe and Anthony Russo some suggestions for the opening song of the Guardians. So the director’s fingerprints are definitely all over the MCU, especially in its cosmic corners.

Currently, the director is busy with some other “Guardians of the Galaxy” projects. James Gunn is working on an upcoming holiday release, which he says is the “greatest thing” he’s ever done. He also has Guardians of the Galaxy. 3, which was recently unveiled at Comic-Con with footage teasing the origin of the Rocket and more. Making the film was “emotional” for Gunn, who sees it as the end of the story he wanted to tell with these characters. (To be honest, I don’t think we’re ready for what’s coming.)

In the meantime, “I am Groot” should give the audience a lot of delightful moments with the participation of the main character. The shorts put Baby Groot in various situations, which he copes with in his own unique way. Vin Diesel returns to the role of the tree creature, who very quickly recorded his dialogue.

Kristen Lepore definitely appreciated James Gunn’s contribution to the new show, and those who have already watched it probably noticed his influence. Although Gunn may not direct another Guardians movie after the third installment, it is hoped that he will continue to work as a consultant in the future, as his special humor and heart are greatly appreciated in the MCU canon.

All five “I am Groot” short films are now being broadcast along with many other Marvel shows on Disney+.

The Lord Of The Rings: The Rings Of Power Chooses The...