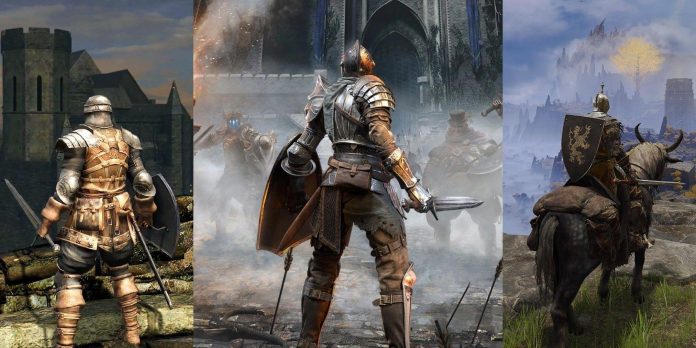 Demon’s Souls was the first FromSoftware game created by creative director Hidetaka Miyazaki. Up until his participation in the development of Demon’s Souls, the game was considered hopeless inside FromSoftware, but Miyazaki’s control over the project breathed new life into the game and helped make it one of the most influential games in history. At first glance, Demon’s Souls had a relatively simple design, but the longer the game was released, the more players learned about its mechanics and the more popular it became.

After the success of Demon’s Souls, FromSoftware went on to create several role-playing game successors, most of which were as successful as Demon’s Souls, mainly due to the adaptation of the formula developed by the first game. In each new game in the Soulsborne series, the original formula was either slightly changed to improve the gameplay, or certain elements were completely changed, but other outstanding features were retained to create a unique game that still felt like a spiritual successor to the Demon’s Souls formula.

The original formula of the demon soul

The main game cycle of Demon’s Souls is quite simple. Players must navigate through different locations with an extremely limited number of checkpoints, defeating the enemies of the area along a mostly straight path until they reach the boss of the area. Players were given various attributes that could be upgraded, with the main focus on health and stamina management. Players can use various weapons, armor sets and spells, the usability of which is determined by the player’s skill level. At first glance, Demon’s Souls looked like any other role-playing game in the genre of dark fantasy, but the complexity of the game made it stand out.

The main feature of Demon’s Souls is a complex combat system. The battles themselves don’t have to be complicated, but small combat details and unexpected events create a problem. The formula of combat is patience and learning the techniques of the enemy, as well as knowing when to strike, when to block, and when to dodge, while carefully monitoring the endurance indicator and choosing when to use a limited number of healing items. In addition, players should also be aware of the different types of enemies and groups of enemies that can interrupt the normal course of battle. Bosses, in particular, force players to think on the move and change the usual combat strategies, because each boss brings its own unique task to Demon’s Souls.

The natural development of the formula in Dark Souls

Although the first Dark Souls game is not a direct sequel to Demon’s Souls, its theme, setting and especially the combat system make Dark Souls and its sequels the spiritual heirs of Demon’s Souls. Dark Souls still ensured that players would challenge every new enemy and boss, and made health and stamina management essential to success. Perhaps the biggest difference from Demon’s Souls is how health items are used. Unlike the various types of herbs that players had to either find or buy at Demon’s Souls, Dark Souls had a flask of estus, a health potion that was replenished after resting at any checkpoint. The new healing item removed the mess of different amounts and types of herbs and made the treatment more convenient.

The Dark Souls series has also significantly expanded the map and level design compared to its predecessor. Demon’s Souls had a Nexus, a central hub world from which players could choose which area of the game they wanted to go to, and while no area was banned, there were noticeably more difficult enemies in the areas designated for later games. game. Dark Souls games also have a hub of sorts, but the games follow a mostly linear path that soon begins to branch out and connect with other areas, including the hub, making the whole world seem connected and intricately designed.

Dark Souls 3 has made perhaps the biggest leap compared to the main battle created in Demon’s Souls. In addition to further fine-tuning the parry system and introducing weapon arts that gave weapons new varieties of attacks, the third part of Dark Souls placed more emphasis on magic and created a flask with ash estus, which was used to restore the player’s magical power, but required them to divide the use of the flask between restoring health and magic. This new jar not only created another layer that players had to think about before the fight, but also promoted the use of more spells. The previous installments of the series did use magic, but the use of spells was very limited and eventually became a more niche combat choice.

How Bloodborne and Sekiro: Shadows Die Twice Expanded the Formula

Fromsoftware has taken fans by surprise by releasing a new IP, Bloodborne, just a year after Dark Souls 2. And although this new game is similar to the previous installments of the Dark Souls series, it has some notable differences.