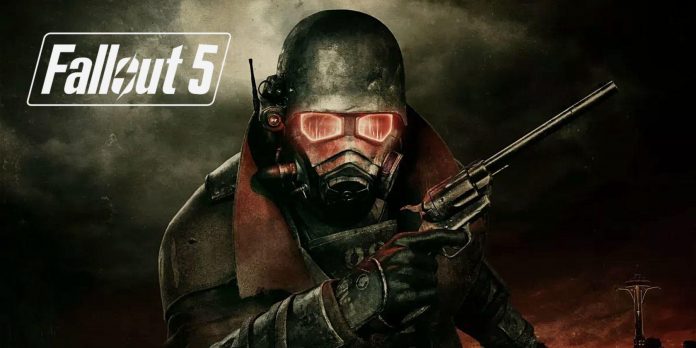 Fallout: New Vegas is often called the best Fallout game in the franchise, but Fallout 5 could potentially surpass it. However, this will not be an easy task. The community loves Fallout: New Vegas, despite a lot of mistakes, due to the fact that its story holds up well.

The main quest line of Fallout: New Vegas is one of the most memorable in the series because of how well it uses the faction system, and also focuses on the player’s choice. Of course, Fallout and Fallout 2 have also given the player a lot of freedom, but their gameplay is simply not as accessible as in New Vegas. No matter how clumsy New Vegas may be as a shooter, it is still much easier to get into it than into the turn-based mechanics of old games with an isometric view. In addition, when deciding which modern Fallout game has the best plot, New Vegas is often ahead of Fallout 3 and Fallout 4. Then the question arises, what should Fallout 5 do to improve the New Vegas formula.

There should be no bugs breaking the game in Fallout 5

Getting rid of bugs that disrupt the game is a matter of course. Fallout: New Vegas may get a lot of praise for the narrative elements, but it’s also known for its nasty bugs. They range from the usual freezes and crashes to annoying quest bugs that stop progress until the player chooses some console commands. Of course, this is due to the short development period of 18 months, which explains the state of the game after release.

Nevertheless, when Bethesda inevitably releases Fallout in 5 years, there should be a minimum number of bugs in it — and certainly not breaking the game. By this point, Bethesda fans are already used to minor glitches. After all, modders can easily patch them. However, Bethesda should stop relying so heavily on its modder community and instead should strive to release the game in its most polished, hopefully error-free state. This would easily make Fallout 5 somewhat better than Fallout: New Vegas, but it’s not enough to replace the mainstream title.

Fallout: New Vegas is not the best option in terms of shootout and combat in general. Even moving a player can become a chore, since there is no sprint button in the game (although there is a great Fallout: New Vegas mod for this). In this respect, Fallout 4 easily surpasses its predecessor. So, if Fallout 5 wants to get better, it should take note of what Fallout 4 did right.

First of all, combat. Although Fallout 4 can’t be called an amazing shooter, it definitely improved the shootout compared to Fallout 3 and New Vegas. It is noteworthy that the old games did not give players the opportunity to aim, and third-person shooting was inaccurate due to poor programming. In Fallout 4, these problems were eliminated, and shooting in general became smoother. In addition, the enemy attack patterns in the new game were more diverse, which made the fights more interesting.

In addition to the combat mechanics, Fallout 4 has also made many improvements to the open worlds of the franchise. Visually, Fallout 4 was brighter and more diverse, plus the map was more vertical. Different landscapes and structures made it possible to get more pleasure from exploring. So Fallout 5 should definitely emulate the Fallout 4 combat and gaming environment, improving them so that the next installment can stand up to modern games.

However, Fallout 5 should not implement everything from Fallout 4 — at least not completely. The minimalistic dialog system, for example, has attracted a lot of criticism from players, especially considering that the franchise is known for its RPG elements. In this case, it may be better for Fallout 5 to copy the dialog system, as in Skyrim. The overall settlement system also failed, but mostly because of Preston’s never-ending stream of radiant quests. Anyway, maybe it’s better to leave it behind.

Finally, this is not a Fallout without a role—playing game, but Fallout: New Vegas is a master class that allows players to feel that their choice matters. Fallout 3 and Fallout 4 may have had relatively good plots, but their quest chains simply did not give the player as much freedom as New Vegas. With this in mind, Fallout 5 needs to boost the role factor if it wants to surpass Fallout: New Vegas.

In both Fallout 4 and New Vegas, players chose an alliance with one faction. However, Fallout 4 was a disappointment to many because its numerous faction-based endings didn’t really matter much at the end. Perhaps the only exception is the Institute, but its lack of a clear goal has undermined the credibility of the faction. But for the most part, joining the Brotherhood of Steel, the Minutemen or the Railroad led to the same ending — the destruction of the Institute — only, so to speak, with different shades.

On the contrary, in Fallout: New Vegas there were several simultaneous “endings” for the most famous factions and NPCs in the game.

F1 2021 reveals the scores of all the drivers: Alonso