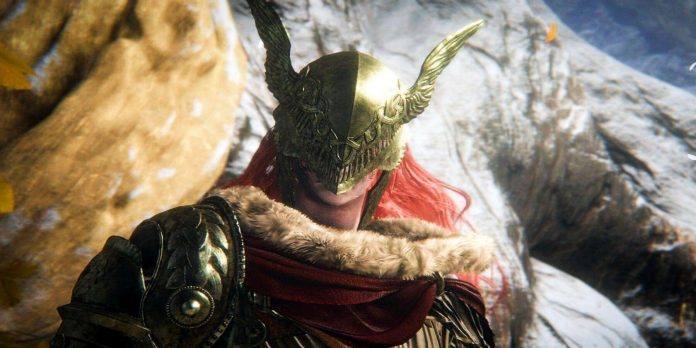 Elden Ring, the sprawling action-RPG from developer From Software, is already an absolutely huge game that is brimming with content to keep gamers busy for hours on end. However, given its incredible success and From Software’s track record of releasing DLC for its titles, many fans are speculating that an announcement regarding some Elden Ring DLC is imminent. Exactly what this looks like is not yet known, despite a possible leak following a recent ransomware attack on Bandai Namco which resulted in the alleged DLC Barbarians of The Badlands leaking online. But one thing is for sure: From Software will need to find a way of topping the incredible challenge of Malenia, Blade of Miquella.

Malenia, a completely optional boss hidden away in a hard-to-access area of the map, is widely regarded as the toughest challenge Elden Ring has to offer. Indeed, many gamers simply choose to not face her, which has no bearing on the actual story at all. Those seeking an extra challenge, however, will definitely seek her out and look to add her name to their list of slain bosses. With her long sword, imposing gold armor, and lightning-fast attacks, Malenia does more than enough to claim her place in the Pantheon of great FromSoftware bosses. She is in extremely good company, as FromSoftware has consistently shown what boss encounters should look like when done right. If previous DLC entries in the Soulsborne series are anything to go by, there is a very strong chance that Malenia will be knocked off her perch sooner rather than later.

RELATED: Let Me Solo Her’s Video Shows How Hard Elden Ring Players Have It Over Malenia

Saving The Best Till Last

Looking through all of FromSoftware’s previous post-launch content, there is a very obvious common theme. The studio appears to save its absolute best boss battles for DLC offerings. This can be seen in the battle with Knight Artorias in Dark Souls and the encounter with Fume Knight deep in the bowels of Brume Tower in Dark Souls 2. The epic battle with Slave Knight Gael in Dark Souls 3, and the unforgettable encounters with Maria of The Astral Clocktower as well as the Orphan of Kos in Bloodborne’s The Old Hunters DLC are more examples.

Most boss rankings for Souls games are packed full of these DLC offerings, such is their strength in depth. After all, it is hard to forget their first stunning three-phase encounter with Sister Friede after battling through the Ashes of Ariandel DLC in Dark Souls 3. It’s safe to say that Hidetaka Miyazaki and the rest of FromSoftware know how to take the base game’s challenge and crank it up another couple of notches.

There is a very distinct line between a challenging boss, and a downright unfair one. All the bosses mentioned above, the very creme of FromSoftware’s crop, would be regarded as the former. They’re challenging, sure. But they aren’t unfair. When players die for the 7th time at the hands of Fume Knight, Dark Souls 2’s toughest DLC boss, as frustrating as it is, they know that they were ultimately responsible. Not the game’s unfair mechanics, or inconsistent hitboxes. The player, and only the player, is the sole reason for their own death. Mistakes, poor timing, or greediness are the most common causes of failure.

This is what really differentiates FromSoftware bosses from others out there. The developer knows exactly how to make a tough but fair fight, and this is an extremely difficult skill to master. Anyone who has played Ninja Gaiden 3 will probably be fully aware of this. That is a game that seems to think simply throwing two identical bosses at the player at the same time somehow equals good boss design. This isn’t the case. A good boss encounter requires several key ingredients. The atmosphere, the arena in which the fight takes place, the music, the boss design, and the enemy’s move set are all contributing factors. FromSoftware manages to regularly blend all of those variables together perfectly to create some of the most memorable encounters in all of gaming.

The most difficult bosses are not always the most enjoyable ones, though. There are many Elden Ring fans out there that feel Malenia falls into the unfair camp. Some of her incredibly hard hitting attacks are almost impossible to escape, and the fact that she actually gains some of her life back when hitting gamers, regardless of whether they block or not, has led many fans to call out this fight as less of a memorable challenge and more of a poor design.

In fact, most people who slay Malenia only do so with the help of ‘Spirit Ashes’. These NPC’s can be summoned to assist in battle. Various Spirit Ashes can be obtained throughout the game, and many gamers have called this Miyazaki’s answer to those who were crying out for Elden Ring to have an easy mode. Having these Spirit Ashes there as a safeguard, in case a player is really struggling, is perfectly fine. It has certainly made Elden Ring more accessible, for better or worse, and has allowed less skilled players to experience FromSoftware’s incredible world design. However, having these Spirit Ashes as almost compulsory in order to overcome certain challenges is definitely questionable.

Elden Ring’s DLC bosses would do well not to force players into using this mechanic. Instead, each one should be perfectly beatable when playing solo, as long as players re-approach the encounter armed with new information each time they die and respawn. All the very best encounters in the series follow this same blueprint. It doesn’t matter if the player is battling a huge fire-breathing dragon like Darkeater Midir, or someone who is the same size and shape as the player, like Gehrman, the First Hunter. What matters is that their varied move set is learnable, allows for counters and openings to be exposed, and doesn’t contain any cheap mechanics like a regenerative health bar or an awkward camera angle.

With this in mind, it is perfectly plausible that Elden Ring’s inevitable DLC will contain more than one boss that could well top Malenia. Perhaps not in terms of raw difficulty, although this can’t be ruled out, but in terms of a balanced, fair challenge.

BTS In The Soop Getting Ready For Season 3? The Excitement...