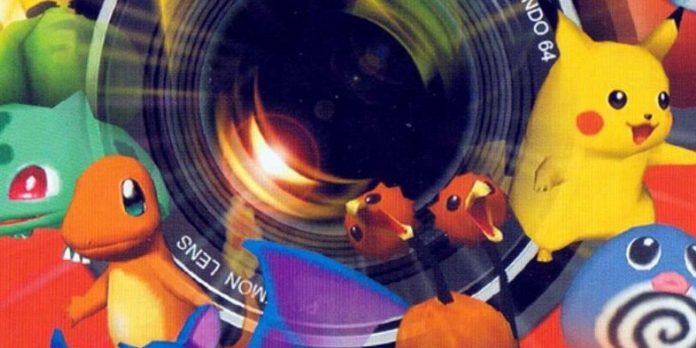 Pokémon Snap, recently ported to the Nintendo Switch Online + Expansion Pack, has some notable differences from the original game on the Nintendo 64. Released on June 24, fans can now play the classic N64 game on Switch. This add-on is perfect for fans who may have played the sequel to the New Pokémon Snap 2021 and now want to play the original.

Compared to the sequel, the original Snap is a much smaller game. Only including 63 Pokemon from the original Red and Blue games, it took about 5 hours to complete Pokémon Snap, and in the sequel this time more than doubled. The new Pokemon Snap even received a free DLC a few months after launch, which further increased the time that players spent in the game. However, for players who have passed the New Pokémon Snap and DLC, the original game offers much more fun from photographing Pokemon.

Pokémon Snap looks better than on the Nintendo 64, thanks to improvements made by the Nintendo Switch. Firstly, it seems that the textures are slightly enlarged, and the models and landscapes in general look clearer than in the original game. In addition, it seems that the game has even improved lighting with emulation, as the colors look a little brighter in this new port. While the game will need a little more improvements to catch up with the visuals shown in the New Pokémon Snap, the original N64 looks better than ever on the Nintendo Switch, and this may force players to return to the game even if they have already played the original on another platform.

Nintendo Switch Online features such as suspension points are a great addition to the Pokémon Snap. Many older games emulated as part of Nintendo Switch Online put players in a position where repetition remains constant after the game ends. Especially in games for NES and SNES, most games worked on a system of lives, where the loss of all lives led to a huge loss of progress. Life is a system that has been almost completely abolished in the modern gaming industry, and even retro—inspired games such as Shovel Knight are abandoning this system. While N64 games still have a few games with lives, Pokémon Snap is incredibly dependent on repetition, which may disappoint new players.

In some moments of the Pokémon Snap on the Nintendo 64, players will have to replay the entire course, just to find another kind of Pokemon or get at least one image with better characteristics. This caused the short game to add a bit more playing time to its short duration, a problem that New Pokemon Snap alleviated after its release. Now, with some Switch Online features, players won’t have to fall victim to repetition almost as often. Suspension points mean that players can persist in certain parts of the course for an instant restart, instead of constantly replaying the entire course to find one small opportunity that was missed.

However, one thing should be noted about the N64 games on Nintendo Switch Online: unlike the NES, SNES and Genesis games on the service, there is no rewind function. Older 8-bit and 16-bit games tend to be more demanding than games released on N64, so the solution makes sense. This is also not a serious breach of the terms of the deal, since the suspension points can serve almost the same purpose, only with a little less urgency.

One of the most obvious, but still annoying differences between the original release of Pokémon Snap in 1999 and the re-release of the game for Nintendo Switch is that photos cannot be printed from Blockbuster. The participating stores of New Pokémon Snap printed photos in Japan, where players could print in-game photos on request. They could print them out as regular photos or even as stickers. The emulated version of Pokémon Snap, unfortunately, does not have such features.

Wordle, The New Clone Of Wordle To Guess Countries

Forza Horizon 5 Will Have More Than 400 Cars already at...