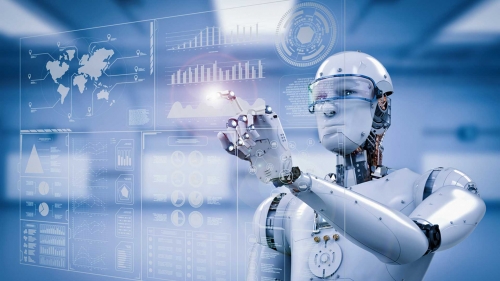 Although artificial intelligence has been used in job applications for the past 10 years, it has started to be preferred more actively with the difficulties brought by the pandemic.

BBC Business Reporter Andrea Murad shared his experiences in his job interview as follows: “Frankly, it was a little stressful to know that my application was evaluated by a computer rather than by a human.” Murad, a professional journalist, stated that in the first step of the recruitment process, artificial intelligence played a series of games for him. Reporter who plays games such as quickly counting the number of dots in two boxes, inflating a bubble without popping to make money, and matching emotions with facial expressions; “An artificial intelligence software evaluated my personality. As a result of this evaluation, in which no person could interfere with the result, I either passed the test or failed. ” she used her expressions.

The test that the reporter entered was produced by a New York-based firm called Pymetrics. The firm notes that the purpose of the test is designed to measure various aspects of your personality and intelligence, how you deal with problems and how you manage risk. When you pass this test, which is used as a pre-selection in global companies, you can meet with one of the human resources. Frida Polli, the founder of Pymetrics, states that the artificial intelligence application is to create a healthier and wider application pool for companies. HireVue, another “recruitment software” manufacturer, is screening by paying attention to whether candidates use the word “we” instead of “me”. In this way, they are able to distinguish who is prone to teamwork and who is not.

What are the cons?

Many people think that it has an impartial attitude, and artificial intelligence does not see any harm in evaluating job applications, but some claim that it has serious disadvantages. Pearn Kandola, business psychologist; He says that software cannot fully perceive what candidates are saying, especially when they speak with an accent, and this causes various problems.

Continuing studies in the field of artificial intelligence at Oxford University, Prof. Sandra Wachter states that artificial intelligence does analysis by examining old data, which is a big minus for women. “The data you have in recruitment is looking at past successful candidates. Who were your top cadres in the past, who were the Oxford professors in the past? In these cases, algorithms will always pick more men. ” She also supports her opinion in the form.

Giant Claim: Bitcoin and Gold Prices Do Not Pass This Way