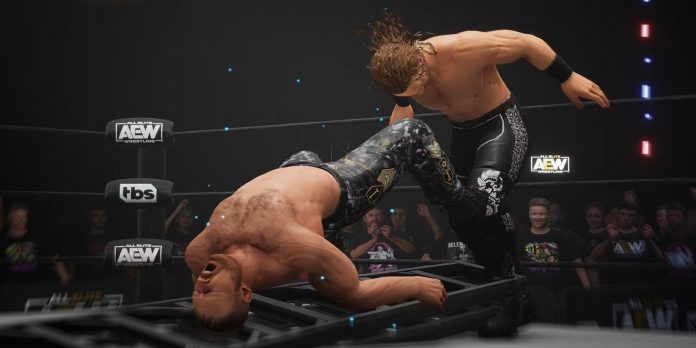 All Elite Wrestling aims to make AEW Fight Forever a completely different experience from WWE 2K22 with arcade-style visuals and controls. Recent trailers and gameplay have given some insight into what players can experience when they get their hands on the game, and it looks like a significant departure from WWE 2K22. For better or worse, AEW and Yuke’s are trying to make AEW Fight Forever a wrestling game that is very different from other games we’ve seen recently.

Since its inception in 2019, AEW has sought to contrast sharply with the mainstream that WWE represented. While WWE talked about sports entertainment, AEW wasn’t afraid to brag about what professional wrestling offers. More than anything, AEW television reminded its biggest fans of the attitude era of the late 1990s, a time that wrestling fans cherish. In many ways, AEW is a fan service organization. Its owner and CEO Tony Khan grew up in professional wrestling and runs the company as such. This approach often led to memorable matches and very good television. It also led to disorganization and conflicts, as viewers witnessed after the AEW 2022 All Out pay-per-view. In any case, All Elite Wrestling has always been willing to take risks and go against the conventions in order to stand out. AEW Fight Forever is no different.

As a game focused on realism and authenticity, WWE 2K22 is a big improvement over its predecessor. The gameplay is much cleaner and there are far fewer glitches than in WWE 2K20, one of the most disappointing games of 2019. Despite the improvements, WWE 2K22 has left fans of more arcade wrestling wanting more. AEW Fight Forever strives to provide these fans with a decent option. In Fight Forever, Yuke creates an experience that is more reminiscent of WWF No Mercy 2000, a game revered by many fans.

This does not mean that AEW Fight Forever will not be authentic. The gameplay currently shown by Yuke’s has demonstrated that the action in the ring is inherently smooth and responsive. Many of the animations in Fight Forever are incredibly similar to the animations in WWE 2K22. If the launch is successful, the similarity in animation should give players some familiarity while providing a more arcade-like game. At best, professional wrestling is a mixture of realism with the right amount of excessive stupidity and entertainment. AEW Fight Forever may find this “special sauce” better than WWE 2K22 or even WWE 2K Battlegrounds. In Fight Forever, this combination is achieved through a balance of modes that can satisfy all types of fans. While some modes, such as Career Mode, give players the opportunity to live the life of an AEW wrestler, other modes in the game emphasize the fun and stupidity of professional wrestling at its best.

AEW Fight Forever career mode is the centerpiece of the game. Players will be able to create their own wrestler and start from the very bottom, trying to build a career in All Elite Wrestling. When gamers participate in matches and win, they earn points for their wrestler, which they can use to improve the characteristics of their wrestler. The customization level allows players to adapt their created wrestler to the style of play they prefer. They can be brawlers, high-flying, mat masters, or they can master flips and super kicks in true AEW style.

Career mode gives players the opportunity to make a dream come true and fight Kenny Omega, John Moxley or one of the other top AEW wrestlers in a match for the AEW World Champion title after a hard climb in the rankings. In addition, AEW Fight Forever offers many types of matches, whether on the way to the title or on the way to show your friend who is the best in the game. The developers promised the following types of matches in the game:

Loki: series will have more than one season? Producer responds!