Home Entertainment How do I find the song I’ve heard? 6 Best apps 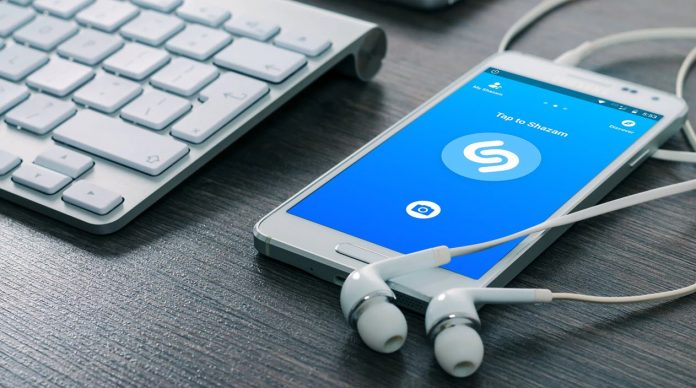 You come across a song you like while listening to the radio or watching a movie. However, you do not have the slightest idea about who the song you listen to belongs to. In such cases, the first thing you do would be to write the lyrics of the song you are listening to on the Internet. However, there are many applications that can easily find song titles without so much trouble. We suggest you check out our list of the best song finder apps.

The most skilled apps for finding songs (2021)

There are many song finding applications on the market, especially Shazam. The choice is up to you as each application has its own tasks and features. Here is our list of the most popular song finder apps;

Shazam, one of the most popular song finding applications, has a very rich range of features. The application, which has two different versions, paid and free, finds the song you want in seconds.

After Shazam finds the song; It allows you to watch the lyrics, a specific part of the song and even the video of the song with Youtube Music. The app also has Spotify, Google Play Music and Apple Music integration.

At the same time, the Shazam application, which can work offline, can identify the music stored in its memory as soon as you have an Internet connection. If you are looking for a song finder application, Shazam is for you…

If you are looking for an alternative to the Shazam app, we recommend you to check out the SoundHound app. While the logic of operation is quite similar to Shazam, it is definitely more capable at some points.

SoundHound has quite different capabilities compared to other song finder apps. The most striking feature of the application is undoubtedly the hands-free mode. Thanks to this feature, it will start to define the song you want as soon as you say “Ok Hound” without pressing any button.

Thanks to SoundHound hands-free mode, you can learn by asking the latest song of your favorite artist. You also have the opportunity to learn the song you want by humming. It should be noted that the SoundHound application, which has two different versions, paid and free, also supports Spotify and Google Play.

Musixmatch, which has the title of the largest lyrics database, is one of the best song finding applications with over 70 million users worldwide.

Musixmatch, which differs from other applications in terms of its operating concept, has a music player function as well as verbal and voice description of the songs. Thanks to Musixmatch’s extensive lyrics database, you can easily find a song you do not know by listening to a part or by writing a line of lyrics.

The application is integrated with music platforms such as Spotify, YouTube, SoundCloud, Pandora, Apple Music and Google Play Music. Musixmatch is one of the rare song finder apps where you can see the lyrics while listening to music. Also, thanks to the application’s support for 58 languages, you can translate the lyrics of your favorite song into any language you want.

If you are looking for a song finder app with a simple design, MusicID is for you. Although MusicID does not have many features compared to other apps, it quickly finds the song you want.

The application offers you all the details of the song, the Youtube video and similar songs after defining the song. Thanks to iTunes and Amazon integration, you can easily buy the song you define.

Apart from that, the application, which also has the feature of commenting on the song you have defined, is one of the biggest advantages of the application.

Soly is one of the apps that stands out with lyrics, just like the Musixmatch app. The application, which also has a music player feature, has a very simple interface.

Soly, which allows you to find the song you want with both voice and lyrics, also has Youtube integration. In this way, after defining the song, you have the opportunity to go to Youtube and watch its video.

The only negative aspect of the application is the ads. If you want to use the application that is constantly advertised because it is free, you will have to put up with the ads.

One of the most popular song finder apps is undoubtedly Genius. In addition to describing the song, the app displays the lyrics and video of the song. You can also listen to the song that the application describes, thanks to Apple Music and Spotify support, directly on your phone.

Thanks to its useful interface and wide song library, the application that identifies the song you want in seconds can be used free of charge on iOS and Android platforms.

Which song finder application are you using, you can write in the comments.

Volcano and I Know What You Were Doing Last Summer Actress...