Home Entertainment How Do Call of Duty: Vanguard Weapons Work In CoD Warzone? 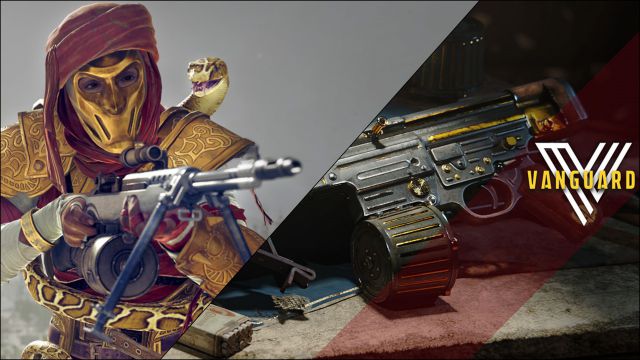 Call of Duty: Vanguard: Two weapons from the Call of Duty: Vanguard arsenal make their early debut in CoD Warzone. We tell you how to develop them and if they can be customized. Call of Duty: Warzone has already received the first contents planned in its future unification with Vanguard, the main delivery that will debut on November 5 on PS5, PS4, Xbox Series X | S, Xbox One and PC. The battle royale expands the Season 6 Battle Pass with new World War II cosmetics and weapons at no additional cost.

Some users will have already received the special projects of the STG and M1 Garand. However, its progression method and accessories are quite different from the current system. This preview brings with it some special elements that cover certain mechanics that will arrive with Call of Duty: Vanguard.

Since October 12, two weapons from the Second World War have been available in the Warzone arsenal. As you reach the Battle Pass levels corresponding to their weapon projects, you will unlock the ability to use them in any of their game modes. The restriction starts from the basic model, that is, you will not be able to customize them at the moment, just play with the pair of special projects per model.

Learn more about the content you can claim here: https://t.co/EOoPtYhXtc pic.twitter.com/p5AUforexb

During all your games you will level up and unlock new accessories. These progress will be saved both on your Activision profile and on the platform you play on. For example: if you raise the STG to the last level, once you jump to Call of Duty: Vanguard or its integration into the battle royale, you will start from there. You will not have to scale it again from the beginning.

How do the weapons of the new installment fit into the extensive arsenal of Call of Duty: Warzone? As we saw in its public beta, the Vanguard models will have a greater number of accessory slots. The projects offered have between seven and ten accessories, a new limit never seen since its arrival in March 2020.

Peru Confirm The Premiere of BLACKPINK The Movie: When And Where...