Home Entertainment How do anime adaptations differ from other TV adaptations 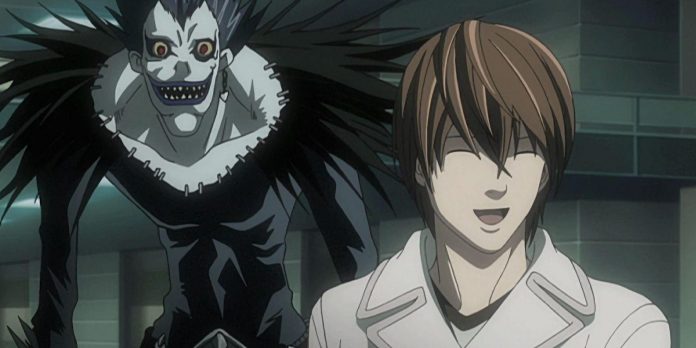 When any idea is translated into a new format, it can undergo changes to meet the new structure and standards of the new industry. However, some genres of adaptations undergo different levels of changes to make them suitable for the new form.

The anime, in particular, focuses on different moments than most other TV adaptations. This is because they are almost always adapted from manga, already a visual format, unlike novels. Thus, the level of effort that is usually required to effectively imagine and represent the appearance of characters and worlds can instead be used to focus on emphasizing details to create an even more vivid narrative of the story.

One of the advantages of anime adapted from manga, compared to other series adapted from books, is that there are already sketches for them. Of course, those who write anime series still have to do a lot of maps and compressions in order for the storyline to work in a new time frame and for a certain period of episodes. However, the story is usually predetermined by the manga. A show adapted from printed books still has a basis for its adaptation, but it is extremely difficult to achieve visual representations that viewers will agree with. Since the manga already has visual drawings of the characters, the creators of the anime know exactly what to achieve.

There are several other privileges associated with the adaptation of manga to anime. Anime animates the characters by giving them a voice and observable behavior, making it easier to communicate with them. In addition, small moments that were not in the manga can be added to scenes to enliven or highlight characters and moments. In addition, the tempo has to change to match the TV structure, which can sometimes improve the plot. Plot holes or unfinished manga ends can even be eliminated in an anime adaptation. Finally, moments with strong emotions or actions are more fascinating because they seem more alive when they are animated and voiced.

There are significantly more advantages in adapting manga to anime than in adapting books to TV series, and, of course, there are fewer risks. Many popular manga storylines are easy to adapt to episodic narratives. Each episode should not have a significant relation to the larger story, which allows you to increase the duration of the episodes. One of the ways this is useful in the anime format is that some manga storylines can be extended beyond the story written in the manga. They do this by adding episodes or moments that don’t interfere with the overall story, but add to the entertainment of the show.

However, nowadays it is much more common for anime to be adapted directly from manga sources, which has its advantages. Every time a story needs to be cut to adapt, the content is usually cut somewhere, which upsets fans. When the anime follows its sources more directly, there is more of this detailed content left in the story, which gives fans something they look forward to when watching the series.

This obviously works best for anime based on a manga that has already been completed, because they should in no way stop or include a filler storyline until the remainder of the manga is published. This moment is no different from other TV shows based on the book series they’ve caught up with, but has a particular impact on anime if they follow the manga storyline closely. As in the case of books, when manga turns into anime, the success of the story in its written format largely depends.

There are still anime that require more creative freedom when adapting a story from a manga, as creators should do when translating a printed story into a movie format. Typically, these anime are slightly different from manga for some reason, usually with the intention of improving the story. Sometimes the point is that the story was not well received, so it is rewritten in the anime. Sometimes the structure in which the story was written doesn’t work like a manga, so it has to be reworked like an anime. There are many reasons why a manga story may need to be revised to become a successful anime, but no matter what, it is being done because it is necessary for the success of a fairy tale in a new format.

If anime adaptations have proved anything, it’s that any written storyline can be recreated in a new format and function well if it stays true to the original content and characters — the core of the story. While anime may have the advantage of being adapted from a written form with visual accompaniment, it is their ability to retain the core essence of the manga they are adapting that makes them so successful.