Home Crypto How Did The Cryptocurrency Era Begin And Evolve? 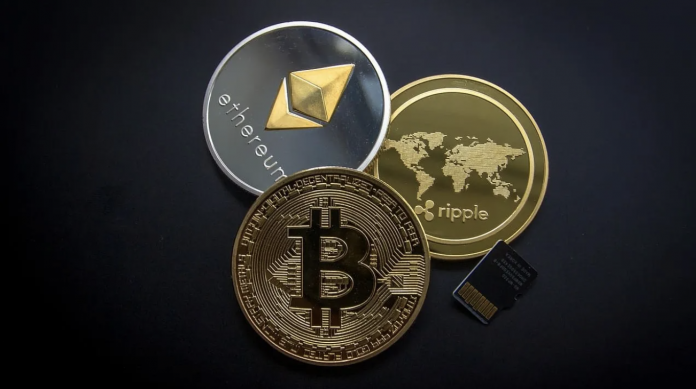 How did cryptocurrencies, which are almost in the language of the whole world, start? We wrote the story of the emergence of the virtual currency era for you…

How did the era of today’s popular investment tool crypto money begin? Have you ever wondered about this? Probably at least those who are interested in this subject and those who use virtual money have researched it. However, we have told you about the digital currency era from the very beginning.

Although often referred to as new, Bitcoin, or cryptos in general, has been around since 2009. Moreover, the roots of the technology on which it is built go back even further. Now, let’s examine the history of cryptos by looking at the news of Bernard Marr from Forbes…

How did cryptocurrencies start? brief history

Created by Satoshi Nakamoto in 2009, Bitcoin is the first decentralized cryptocurrency. Later, many virtual currencies appeared. Therefore, when we refer to the beginnings of cryptocurrencies, we are actually looking at the history of Bitcoin.

Although Bitcoin was the first cryptocurrency to be established, there have been attempts to create online currencies with ledgers secured by encryption before. Examples of these are B-Money and Bit Gold, which were formulated but never fully developed.

The domain name bitcoin.org was first acquired in August 2008. Also, an article titled “Bitcoin: Person-to-Peer (Peer-to-peer, P2P) Electronic Cash System” appeared on the encrypted email list. These were the first signs of the existence of virtual money. This article was published by someone who still continues to hide his true identity using the name Satoshi Nakamoto.

When we came to 2009, Bitcoin officially started

Yes, let’s move on to 2009. Now the Bitcoin era has officially begun. Bitcoin software went public for the first time and mining activities started. In short, Bitcoin mining is practiced as long as new Bitcoins are created and transactions are recorded and verified on the blockchain.

2010 – Bitcoin appreciated for the first time

It was impossible to assign a monetary value to the resulting cryptocurrency, as it was not exchanged, only mined. Laszlo Hanyecz, who lives in Florida, USA in 2010, made the first exchange with Bitcoin. He ordered two large pizzas with 10 Bitcoins worth $41 at that time. If he had held these Bitcoins, the value of Bitcoins would currently be estimated at more than $100 million.

As Bitcoin grew in popularity and the idea of ​​decentralized and cryptocurrencies was adopted, the first alternative cryptocurrencies emerged. These are also called altcoins. It’s also generally geared towards improving the original Bitcoin design by offering higher speed, anonymity or some other advantage.

The beginning of cryptocurrencies
Among the first to appear were Namecoin and Litecoin. Currently, there are thousands of virtual currencies on the cryptocurrency exchange. Moreover, new ones are still coming out.

The price of a Bitcoin reached $1,000 for the first time. Shortly after, however, its price began to drop rapidly. That’s why most of the traders took a loss as the price dropped to around $300. It took more than two years to reach $1,000 again.

Designed with anonymity and lack of control, this currency, unsurprisingly, has been associated with cases of fraud. Bitcoin has proven to be an attractive and lucrative target for scammers. In January 2014, the world’s largest Bitcoin exchange Mt.Gox went offline and the owners of 850 thousand Bitcoins never got their money again.

The Ethereum platform has emerged and is on the rise. Cryptocurrency with the largest market capitalization after Bitcoin. This platform uses the cryptocurrency known as Ether to facilitate blockchain-based smart contracts and applications.

Ethereum is often used to purchase tokens with Initial Coin Offerings (ICOs). These are fundraising platforms that offer investors the chance to trade stocks or stocks in startup ventures, often the way they can invest and trade in cryptocurrencies. But due to the lack of oversight, ICOs are seen as dangerous to scam.

Bitcoin doubled its value in 2017. Continuing to grow rapidly, Bitcoin increased its value to 10 thousand dollars in 2017. As the number of users increased, more money flowed into the cryptocurrency exchange.