Home News How Did Ethereum Rise? Here is the Anatomy 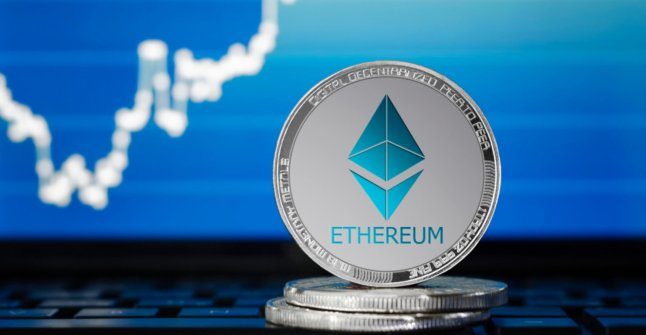 Ethereum’s price rose above $ 1,560, breaking an all-time record. During the days and hours before the record, there were many different bullish developments. Some of these were directly related to the ethereum network, while others were related to the investor side.

The number of people speaking about Ethereum on platforms such as Twitter and Ekşi Sözlük increased. This popularity affected different elements of the ecosystem before it was reflected in social media. Several of these elements will be discussed throughout the article. But these will be examined as events that have developed simultaneously, without being put into a causal relationship.

Mobility continues in the Ethereum network

On January 1, 2021, there were 441 thousand active ethereum addresses. The number of daily active addresses reached 518 thousand on February 2. Another thing that has increased since the beginning of the year has been the number of new addresses opened during the day.

Ethereum has begun to host both more users and more user mobility. The price for this manifested itself as a transaction fee.

By the end of January, the average transaction fee was recorded above $ 11. This was the peak of three weeks. High transaction fees restricted users ‘maneuverability while filling miners’ pockets.

Bitcoin miners earned $ 114 million in transaction fees in January. This number was $ 325 million for ethereum miners. Thus, according to Glassnode, the previous miner record doubled.

From stock exchange to wallet… or staking?

Aiming to switch to proof-of-stake, Ethereum is taking firm steps in this direction. 524 thousand 288 ETH was required for the milestone of this update. There are now more than 2.9 million ETH in the deposit contract opened for staking. That’s over $ 4.5 billion.

Meanwhile, the amount of ETH held in the stock markets bottomed on February 1. According to CryptoQuant data, 3.75 million ETH were withdrawn from exchanges in 30 days. These coins may be used for staking or HODL purposes, or they may be sent to decentralized exchanges (DEX).

This belief of the user in the future of ethereum is reflected on the developer’s side. Studying GitHub mobility, Santiment found that ethereum developers were working more and more throughout the month of January. That’s why “Long-term investors use this metric to gauge its credibility.” statement was included.

Grayscale, the world’s largest digital asset manager, reopened ethereum transactions after a temporary pause. In the announcement dated January 30, it was announced that institutional investors can continue to invest in the ethereum fund.

According to Bybt data, 24,796 ETH was added to Grayscale’s ether fund between 2-3 February. While the company now costs 2.96 million ether, the equivalent is more than $ 4.5 billion.

In addition, the number of “ETH whales” has been increasing since the beginning of the year. The number of wallets with at least 10 thousand ETH reached the peak of the last 13 months at the end of January. 35 new whales have been born since Christmas.

All these data accompanied the ether price as it ran to record. Ether almost caught bitcoin ($ 50 billion) on the morning of February 3 with a trade volume of $ 43 billion.