Home News How did Elon Musk, owner of Tesla and SpaceX, get rich? 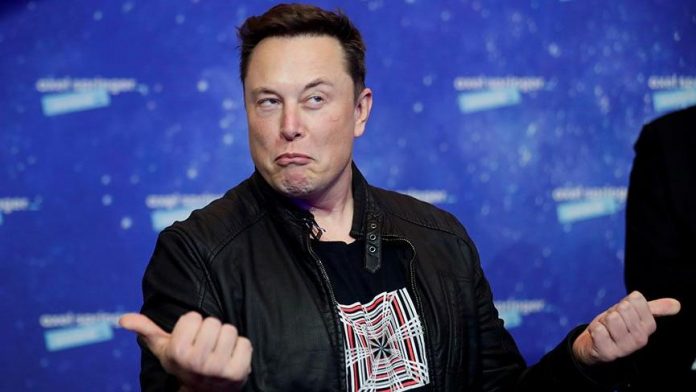 The story of Elon Musk is that of a nerdy boy who got rich with longings as big as his ego. He was born in South Africa as the son of a wealthy family that, in the midst of apartheid, decided to move to Canada. Being a born inquisitive, he learned to program at age 10 and at 12 he sold his first product for $ 500: the source code of a video game.

But although Musk was born with comforts, his early life was always marked by work. In Canada, where he arrived before he was 18 years old, he worked as a day laborer and later as a bank clerk. And even as a student, he found a way to work using more cunning than mere productive force. During his time at Queen’s University in Kingston, Canada, he sold computers to his colleagues. Later, when he studied physics and economics at the University of Pennsylvania, he turned his weekend house into a makeshift bar, charging $ 5 tickets .

Musk thought his career would continue with a Ph.D. and enrolled in an applied physics program at the prestigious Stanford University, but quit after two days. His decision met with the same fate as other tech prodigies, and he founded with his brother and a $ 28,000 family loan an online business directory called Zip2. The idea sounds bland today, but at the time it was innovative enough to be sold in 1999 to the now-defunct computer maker Compaq for $ 307 million.

That sale earned Musk $ 22 million, but like other characters that occupy the lists of the richest in the world, he decided to invest it all in another company in the internet sector, X.com. Later, in 2000, Musk’s new company merged with his rival, Confinity, founded by Peter Thiel – one of Silicon Valley’s most infamous sharks – and became PayPal, the quintessential online payments company. Internet.

Two years later, eBay bought PayPal for $ 1.5 billion, of which $ 165 ended up in Musk’s account. Again he invested everything, although this time in businesses that did not really look like such at the time, and that rather obey the stories that Musk fantasized about as a child: interplanetary travel and the future of humanity.

Obsessed with his dreams

Although Musk captured the media spotlight in late 2020 after becoming the second richest man in the world, his actions indicate that money is one of the last, if not the least of his concerns. In an interview with the BBC in 2014, said he did not know how much money he really had. And earlier, in 2009, when the world was facing the financial crisis and Tesla was going through production problems that put the company’s viability in doubt, he said he had run out of money and supported himself with loans from his friends. Likewise, he said that the bankruptcy did not take away the dream that, if anything, what worried him was the future of his then five children. Still, he downplayed it. “My children would have had to go to a public school. Big Deal. I went to a public school, ”he said.

The truth is that Musk continued under the mark of his young years of hard work. In fact, the employer has a reputation for being a workaholic with no trouble admitting that he works up to 120 hours a week. The marathon day would have to consist of days of 16 hours of work and even then there would be eight to go. But his effort paid off. Tesla is already the most valuable carmaker in the world with a capitalization of around $ 500,000 million dollars, much more than competitors with centuries of history like Ford or Toyota, and that reflects a market recognition of Musk’s vision of the future with electric cars, which are expected to dominate automotive sales for decades to come.

But Musk’s biggest milestones transcend economics. There is no doubt that the businessman is more moved by the idea of ​​bringing humans to Mars than taking the lead on the lists of the world’s most millionaires. And that obsession led him to crack the key to cheaper space travel with his reusable rockets. Musk repeatedly failed and literally burned money – several of his prototype rockets exploded – until he managed to get the Falcon 9, which today is used on NASA astronaut supply and transfer missions to the International Space Station, to take off and return. Safely.

Today, that rocket is the foundation stone for the colonization of Mars.

Of course there are also chiaroscuro. On the myth of the businessman saving the world a la Tony Stark rest criticisms of labor exploitation – he hopes that his employees will follow the rhythm of the 120 hours – accusations of plagiarism , weighing the financial well-being of Tesla over the health of his workers (He asked to reopen the Tesla factory in California in full confinement by COVID-19 ) and even an explosive personality who does not hesitate to insult and slander on social networks when something does not seem like it . Let there be no doubt that genius has a price.