Home Entertainment How Darth Vader’s duel with Obi-Wan reflects his reunion with Ahsoka (beyond... 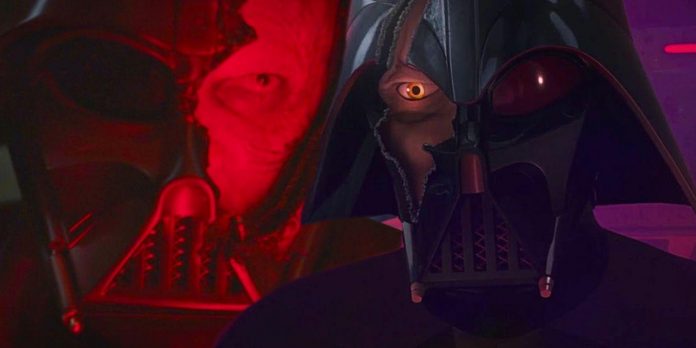 Warning! There are spoilers ahead for the 6th episode of Obi-Wan Kenobi.

Although Darth Vader’s broken mask in Obi-Wan Kenobi’s finale reflects his reunion with Ahsoka Tano in Star Wars: Rebels, this is not the only connection that can form between the two duels. Although in this new series, Darth Vader meets his old teacher for the first time since the Battle of Mustafar, he eventually reunites with his old student a few years later in the Star Wars sequel. Thus, it seems that Vader’s new duel with Obi-Wan greatly influenced his interaction with Ahsoka in the Sith world of Malakor.

In episode 6 of Obi-Wan Kenobi, Obi-Wan decided to let go of his past. This allowed him to restore balance in the Force and become the Jedi he once was. Having the strength to resist his fallen disciple, Kenobi and Darth Vader faced each other alone. By the end of their duel, Kenobi damaged Vader’s life support armor and broke half of his mask, which is very similar to the future duel of the Dark Lord with Ahsoka Tano in the animated series “Star Wars: Rebels”. Thus, it has now become canon that the two Jedi closest to Anakin Skywalker both saw the masked man after his transformation into Darth Vader.

Related: Obi-Wan vs Vader is Perfectly Connected with 1 Subtle Detail of “Return of the Jedi”

However, the similarities between the respective Darth Vader Jedi reunions go even further. Not only are both duels accompanied by an incredibly emotional exchange of opinions (Obi-Wan apologizes to Anakin, and Ahsoka refuses to leave him), Darth Vader treats both his old teacher and his former student equally. Obi-Wan and Ahsoka represent the Jedi he once was before he switched to the dark side of the Force. Thus, they are a living reminder of the past that he tried to bury, contradicting the idea that he killed Anakin Skywalker as Darth Vader. So Vader tells them both the same thing after Obi-Wan says he will do what he has to (a reference to their duel in Revenge of the Sith), and Ahsoka refuses to leave: “Then you will die.”

Darth Vader wanted to kill both Ahsoka and Obi-Wan Kenobi equally. In addition, it can now be concluded that, while saying the same phrase to his disciple a few years later, Darth Vader was probably thinking about his previous duel with Kenobi, recognizing the same significance of this new reunion when he tried to destroy Ahsoka. Having buried his past as Anakin in this era between the trilogies, it makes sense that Vader would want both Jedi dead. Like Darth Vader, they only remind him of the pain and loss he has endured (especially Kenobi was the center of his anger).

While Kenobi and Ahsoka both survived their grim reunion with Darth Vader, the fact remains that he would have destroyed them without hesitation. Thanks to events Obi-Wan Kenobi, this new connection between Kenobi and Ahsoka is huge, given Vader’s ongoing transition between the trilogies, falling even further to the dark side before the events of A New Hope. The removal of the mask by Darth Vader is just the tip of the iceberg associated with the poetically tragic symmetry characteristic of both Star Wars duels.

Johnny Depp will star for the first time in 25 years

Why Welcome to Plathville Mika and Mario are tired of Olivia’s...