Home Entertainment How Cyberpunk Edge runners improves the image of the Night City in... 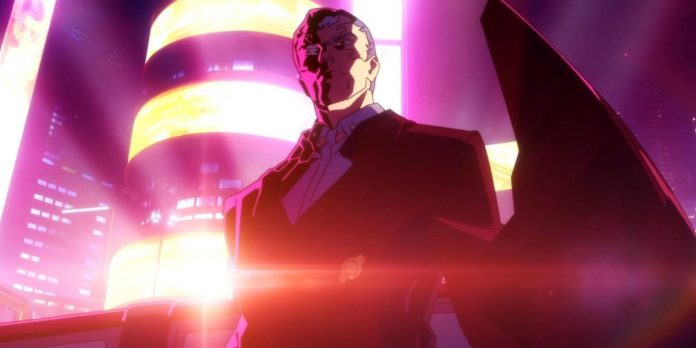 Cyberpunk: Edgerunners is a great example of how to give people something they didn’t even know about. While Cyberpunk 2077 had a difficult launch, many got stuck on it because of the very nature of Night City. Each of the city’s neighborhoods had a unique atmosphere, and he simply begged the players to explore every inch of it. Now, almost two years later, the game is finally much closer to where it should have been, and the successful launch of Cyberpunk: Edgerunners proves that Night City is really worth exploring.

Part of the appeal of the Cyberpunk brand lies in the flexibility of the narrative. In a world with such extreme wealth inequality, there is room for stories from everyone’s point of view. Cyberpunk: Edgerunners improves the foundation laid in Cyberpunk 2077, using Night City as a means of studying human living conditions. Creatively interpreting themes from Cyberpunk: 2077, Studio Trigger creates a world that is harsher, bigger and even more corrupt than in the game. At the same time, it also makes the Night City more human, realistic and dynamic than in a video game. Night City is really turning into a ruthless rat race, which it always should have been.

Gamers who have played Cyberpunk 2077 have discovered that Night City holds a lot of secrets, but secrets don’t make friends. Cyberpunk: Edgerunners uses anime to make the city look more like a real place rather than a dollhouse. Choosing to create a narrative that takes place close to, but separate from, Cyberpunk 2077 allows Cyberpunk: Edgerunners to stand on its own two feet. Instead of playing as an experienced mercenary who is already familiar with Fixers of Night City, viewers are lured by the story of David Martinez. This main character is a recently orphaned high school dropout who steals a military—style implant and is dragged headlong into the story of growing up about blood, greed and the general desire of the citizens of Night City to make something of themselves.

Viewers can eventually walk in Night City stilettos while walking in David’s shoes. Night City is a violent place full of possibilities, where a gang shootout can break out at any moment and cause damage. It’s a place where no one cares who lives or dies; they only care about who has a premium insurance package. Cyberpunk: Edgerunners has its own riddles, but these riddles seem much more grounded based on the lens of several characters trying to get their name out and make sure their rent is paid.

Family values of the Night City

Cyberpunk: Edgerunners also manages to make Night City the main character by exploring how it affects people. At the beginning of the series, David becomes the victim of a bully at the prestigious Arasaka Academy. Later, the audience learns that the bully is the director’s son. Just as his father achieved his position by stepping on others, his son is motivated to do the same. Night City and its dystopian approach to family values come to the fore in small moments like this. Then it’s in direct contrast to exploring David’s growing relationship with his team on his way to becoming someone. Through the judicious use of comparisons and contrasts, Studio Trigger shows that each person’s Night City is distorted according to their socio-economic circumstances, and this creates an exciting future for the Cyberpunk 2077 brand. Night City is becoming a playground where even those in power and their children play roles at the whim of their corporate overlords.

While Cyberpunk 2077 explores life in Night City through the reluctant skin of a lone wolf, Cyberpunk Edgerunners explores how Night City can affect people’s relationships between chosen and biological families. This gives Night City an extra layer of depth and tangibility, which proves once again that the anime adaptation of the Cyberpunk franchise was the right move. It may have been a rough launch, but now, almost two years later, the future of Night City and the people living there looks bright.

Game of Thrones: What We Always Suspect About Sophie Turner and...