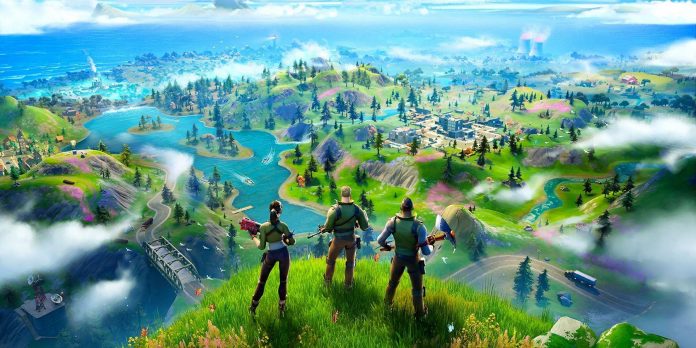 As video games have evolved to the point where open-world single-player campaigns have become extremely popular, the online and multiplayer aspects of the industry have also evolved. The Battle Royale format has become perhaps the most popular mode or type of game for multiplayer shooters, as evidenced by the huge number of fans and popularity that Call of Duty: Warzone, Fortnite and others have gained.

As for movies, Hollywood has always been interested in turning video games into movies. These attempts led, to put it mildly, to some ambiguous results: interesting and unique stories, such as Assassin’s Creed, were not translated well enough to the big screen. The situation in the video game movie market may have changed, at least in the last few years. Films like Mortal Kombat, Tomb Raider, Sonic the Hedgehog and Uncharted have received at least better reviews than some previous adaptations. However, Hollywood still faces a special problem in the form of adapting a multiplayer game into a TV series. Rumors about a possible Call of Duty movie have been going around for years, but have not been realized. Although it may seem that this is not the case, the growth of the “battle royale” format and the incredible popularity, which at the same time makes it possible to make a unique and exciting film adaptation. Here’s how it can work.

For the movie “Battle Royale” you will need to carefully choose which game to adapt for the screen. For example, Fortnite is perhaps the most popular battle royale game with an instantly recognizable name — an aspect that may interest Hollywood executives, given the current state of the film industry and the desire to benefit from existing ownership. However, it would be especially difficult to adapt to the film. An additional degree of fantasy has been added to the gameplay thanks to the inclusion of well-known fictional characters that gamers can play for (Obi-Wan Kenobi and Darth Vader have recently been added). On the other hand, most other royal battles are more mundane (to varying degrees). A simpler approach would make more sense for a battle royale movie, and would also benefit the potential plot. Call of Duty: Warzone, APEX Legends and others are a blank slate to work with, and they can become the basis for a potential movie.

The premise of the Battle Royale game is extremely simple at its core, and this is an aspect that could be well suited for a movie. A group of enemy soldiers are fighting for survival in a place that is getting smaller. In the case of Warzone, for example, poisonous gas begins to overtake the map, forcing all remaining players to move inside. In Fortnite, the storm serves the same purpose. There are more realistic routes for such a film, and there are more fantastic ones by their nature. If the film used a realism approach, this concept from games could be translated into something as simple as a nuclear bomb exploding from a distance. Thus, the soldiers in the area will only have a limited amount of time to get to a safe place, while they will need to defend themselves from enemy threats. Such a concept would make it possible to create an action-packed film with high stakes and great tension.

Despite the fact that the game lacks many features of the battle royale, in the past there were several films about the war in a confined space that potential creators could pay attention to. Overlord, for example, was a 2018 zombie action movie about the Second World War. American soldiers crash-land in a Nazi-occupied village and fight to get out and survive, amid the discovery of some scientific experiments nearby. In many ways, this is an unofficial adaptation of Call of Duty zombies, but the fact that the action takes place in a confined space and zone can demonstrate how you can shoot an action movie in which there is only a certain place to work.

This can be especially useful since “John Wick,” “Mission Impossible,” “James Bond” and many other franchises rely heavily on location jumps and transitions from one individual environment to another. This would not be possible in the movie “Battle Royale”, but a kind of forced hand in this regard may prove to be an advantage. This can make the movie more intense and tense, especially when the characters become physically closer to each other. At the same time, they will simulate embedding a card in a video game, which means that at least it will be an exact adaptation.

Having different soldiers or people fighting for survival in a place like this, all on opposite sides of a given conflict (if this aspect is carried over from the games), gives the filmmakers the opportunity to give some social and political commentary about the war as such. Well. Nowadays, in the current state of the world, such comments in art are more important than ever.