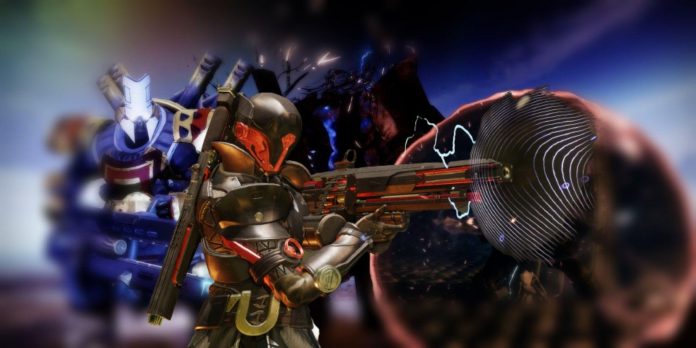 In the Destiny 2 Heist season, the Fall of the Master King and Grandmaster Shadow Raids will soon be added to the weekly task rotation, which is often a critical time to create effective sets of equipment that solve common problems such as survival, boss damage and champions. These are all problems that Destiny 2 players have to solve to one degree or another with their builds, especially in endgame content, where death is more punishable, bosses are more dangerous, and champions can easily disrupt any fight. Champions can be especially problematic because their presence restricts players in terms of their chosen weapons and energy slots in terms of mods.

The way anti-champion mods work is that each season Bungie creates a set of mods with a specific weapon associated with each type of champion and makes them available as an unlock in the seasonal artifact. This means that most players are not ready to fight the champions in Destiny 2 at the start of the new season, unless they use exotics with internal rounds that stun the champions, but this is still limiting. Also, it makes getting more unlocks in a seasonal artifact a top priority, which is counterintuitive when a new season starts. Bungie needs to fix this, and Lightfall is a great opportunity to do that.

Destiny 2 players have been unhappy with champion mods for some time now, as they actively restrict weapons that can be used in more complex actions, because champions without stun can seriously interfere with any battle group. At the moment, the champions mods are exclusively seasonal unlocks, which means that the ones available in each season will never be the same as the next season, and they depend only on the seasonal artifact. This set of alternating mods usually defines the meta for a given season, because weapons with champion mods are generally more desirable to use across the board.

In some cases, the choice of anti-champion mods is not the biggest, and this upsets players for the whole Season. This is what often happens with Champion mods for personal weapons, Overload mods for automatic rifles, and many other cases where either a supposed anti-Champion weapon stuns them badly or is simply not a good choice in endgame. Bungie is really making an effort to add more internal rounds against champions in Destiny 2 Exotics, which made weapons like Le Monarque and Thunderlord great in Season of Plunder.

For a more definitive solution, Bungie can fix this by constantly introducing champion mods with a given energy cost that ranges from medium to high, and then a selection of these mods appears with a lower energy cost in a seasonal artifact on a rotating basis. , very similar to Scavenger mods right now. For example, in Season of Plunder there is a Scavenger mod for swords and one for machine guns, and both cost one energy, whereas they usually cost four and five energy respectively. Similarly, the presence of champion mods in Destiny 2, which can be permanently unlocked and used at any time, still makes cheaper versions of these mods more attractive when they are available in seasonal artifacts.

This will open up a lot of build diversity options for players in each season, as they will be able to choose from the same set of mods each time and use whatever they want, as long as they meet the energy requirements. For example, the main weapon usually appears in the rotation of seasonal artifacts for one energy, while it can be made permanent for two energies, and it still appears in seasonal artifacts moving forward at a reduced cost to encourage players to use them. Instead of. Overall, the Destiny 2 meta could use a similar shake-up, and champions has often been an unpleasant place for Bungie, which makes this decision a win-win scenario.

Shang-Chi and the Legend of the Ten Rings is revealed in...

Fans of “Very Strange Cases” struggle with the role of Jamie...