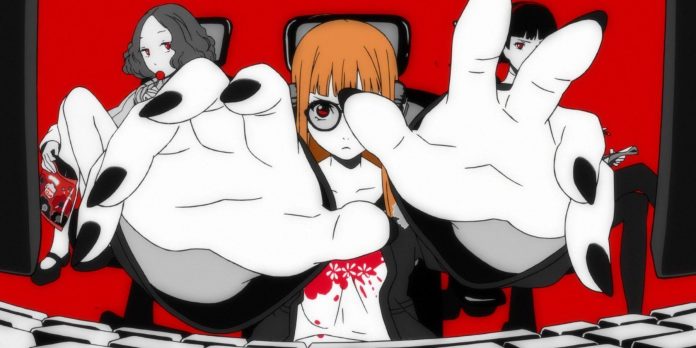 Persona is a unique game series from Atlus, which, despite its eccentricity, has managed to become a very popular phenomenon. Since the release of the first game in 1996, gamers have been waiting for several school adventures, including deep psychological concepts, stylish visual effects and unforgettable soundtracks. There have also been plenty of spin-offs that shake up the JRPG genre typical of the franchise and make it a little more rhythmic, but still just as exciting. During 2022, Persona celebrated its 25th anniversary, and as part of this celebration, Altus was porting older games to a wider range of platforms.

Thanks to related themes and exciting turn-based battles, Persona has won many fans, and because of the vivid visual effects, gamers are always wondering what the movie and TV adaptations of the franchise will look like. Although the series has an anime counterpart, it has not yet received a feature film or a television adaptation, although its source material will provide television producers and filmmakers with a lot of work.

Why Persona is so suitable for adaptation

At first glance, Persona may not seem like a particularly interesting series. Most of the gameplay consists of a teenager’s life in Japan, which includes going to school, preparing for exams, working part-time, making friends and even gardening. Nevertheless, the Persona series manages to make it fascinating by intertwining elements from life with supernatural mysteries, which encourages players to keep coming back so that they can finally find the answers they are looking for. In addition, the cast of characters is usually well-chosen, and it’s hard not to fall in love with at least one of the main character’s friends.

The Persona series practically begs for adaptation, partly due to the fact that it actively uses Jungian themes, including archetypes and psychoanalysis. As the name suggests, characters are an important theme in games. In Jungian psychology, this concept refers to the mask that people wear to the outside world, trying to hide their true inner self. Along with personas, there are many archetypes in the Persona, which Jung defines as primitive images. People inherit them in the same way as instincts, and they are repetitive patterns of human life.

An example of characters and archetypes appearing in the series can be seen, for example, in Persona 4, which takes place in the Japanese city of Inaba. The main character discovers that people are being sucked into an alternate television dimension, and to save them, it is necessary to fight with their monstrous Shadows. This happens with Kanji, who poses as a bad boy, but the players discover that this is just his fake identity, and his true self is quite feminine. Therefore, in order to overcome his Shadow, Kanji must come to terms with his Anima, which, from Jung’s point of view, is the archetypically feminine aspect of the male personality.

Since Jung shared his theories with the world, they have taken a prominent place on the art scene because of how they help shape narratives, and because of how people interact so easily with archetypes and other psychoanalytic concepts. Therefore, it is not so difficult to adapt Persona 4 to a movie or television, since all the elements are already there. However, some features of the environment should be taken into account.

Persona as a movie

In connection with Persona 3, a series of anime films about Persona was released. However, this already shows some of the difficulties associated with adapting Persona to the film — the duration of the games. To adapt Persona 3, it had to be stretched into four anime films. This is understandable, since you can expect to spend more than 60 hours to finish the Persona 3 story, and even more if you hope to achieve 100% completion. Persona 3 is far from an exception, as other games are just as long, if not longer.

For the film adaptation of the “Character”, it would probably be wise to start with a completely new cast and make the company of friends as small as possible, because there simply wouldn’t be enough time to study all the characters in depth within one film. movie. In addition, the elements of everyday life will probably have to be done away with, since while they may work for games, moviegoers will not be entertained by watching a group of teenagers visiting the library to study for exams, or holding a piece. temporary job in a coffee shop.

Persona as a TV series with live actors

A live-action television series would be a more appropriate format for Persona, as it would allow for a more authentic adaptation of the games. The creators would not need to introduce a new cast, as there will be enough time in the series to adapt any of the long games.