Home Entertainment How Brad Pitt and Margot Robbie Relate to The Tragic Lives of... 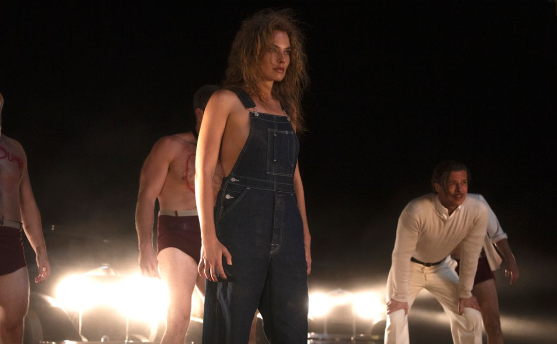 Damien Chazelle’s “Babylon” is a celebration of filmmaking and film history, but it’s not just a love letter; it’s an image of all the warts. There’s a lot of fun and excess, but also a lot of tragedy and death. The film especially sheds light on the difficulties of an acting career in the film industry, and it made me wonder how the stars are personally reflected in the image compared to their own careers in modern Hollywood.

I interviewed Brad Pitt, Margot Robbie, Diego Calva, Jovan Adepo and Li Jun Li earlier this month during a press day in Los Angeles for Babylon, and one question I asked all the actors concerned how they experienced the sad life of the characters on screen having dealing with the difficulties of the industry. Pitt, who plays Jack Conrad, a star of the first category, whose star begins to fade during the transition from silent films to sound, reflected that the “messy” life of the main characters is more a reflection of the human experience as a whole than just actors. he admitted that the stars of the 1920s and 1930s lived a little less responsibly:

We were just talking about it. I mean, we humans, we’re dirty. We’re wonderful, and we’re terrible, and it gets complicated, and we’re everywhere. So I think, you know, it’s the same in whatever environment you land in. I haven’t experienced dysfunction to such an extent, except maybe in my younger years. When people started out, they were a little more reckless.

Following her co—star’s comments, Margot Robbie attributed some of the real madness depicted in Babylon to the industry’s youth-in many ways. Her research led her to realize that growing film studios are run by people in their late 30s, and the level of shock comes when life changes overnight. She explained,

You start researching some of the people that Damien [Chazelle] pointed out to us, and you start counting how many people died very young at that time and how young everyone in general was: people running studios at 35, and people from dirty poverty to the biggest movie stars in the country, that’s so fast! And they were 20, if so, and then they were dead by the time they were 25, 30. It was kind of crazy, and it seemed that at that time everyone was just in the spirit of “live fast, die young.” I don’t think that’s the case now for a number of reasons; the industry has been developing. But yes, it was a crazy time. I don’t think it looks like the same thing.

One thing that has certainly helped is that Hollywood learns from history. The characters played by Brad Pitt and Margot Robbie in Babylon are fictional, but, in fact, they are a mixture of real people, and in some cases these people can be viewed as cautionary tales. The industry is still riddled with all sorts of scandals of this kind from the first half of the 20th century, but now everything is definitely different.

Paired with Li Jun Li, Jovan Adepo was able to find a connection between the current acting experience and the era in Babylon, although his attention was more focused on the set. There is an episode in the film in which Nelly Laroy (Margot Robbie) shoots her first performance in a sound movie, and because of the subtlety of the sound, rage breaks out as the production has to do repeated takes. Adepo can tell by saying:

Thanks to an outstanding cast that also includes Gene Smart, Tobey Maguire, Lucas Haas, Max Minghella and Olivia Hamilton, “Babylon” is now in theaters across the country — and it’s certainly caused a lot of talk. After you’ve watched the movie, check out our analysis of the ending and listen to ReelBlend’s new interview with screenwriter and director Damien Chazelle.

For a preview of all the exciting films that are currently set with release dates for next year, check out our movie release calendar for 2023.

Black Panther 2 Halts Filming Until Further Notice Due To Injuries...