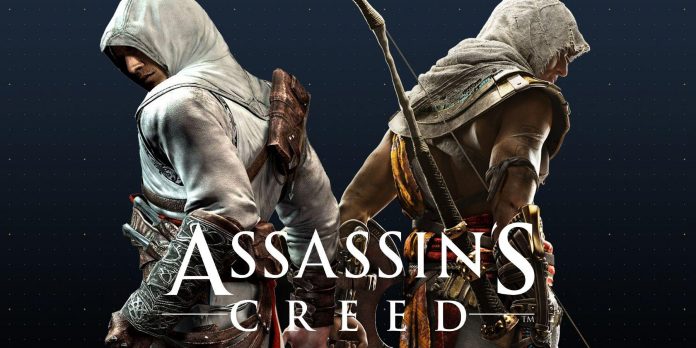 Assassin’s Creed as a franchise is known for the depth and intrigue created by its many main characters. Covering different continents and centuries, most of the main characters of the games are inextricably linked by a common spirit and views of the world.

At the same time, there are some protagonists of Assassin’s Creed who are undoubtedly more influential in the creed they collectively serve than others. If we consider the most influential killers, then none of them is as important as Altair from AC1 and Bayek from AC Origins.

With the game in which he plays the main role, outlining the original origin of the organization that later became the Brotherhood of Assassins, it becomes clear why Bayek from Siwa is so important and influential on the assassin movement. Operating in Ancient Egypt, Bayek will be formed by heavy losses and suffering, from which the basic principles of the murderers’ movement will be born and strengthened.

Bayek was one of the last Egyptian Medjays, a peacekeeping organization dedicated to protecting people’s civil liberties. These altruistic values only deepened in Bayek’s character after the untimely death of his son at the hands of a sinister group known as the Order of the Ancients. Fueled by grief and contempt for corruption, Bayek and his wife Aya devoted their lives to tracking down and destroying the Order that later became the main antagonist of the series, the Templar Order.

Attracting more people to their cause, Bayek and Aya founded Hidden, an organization that eventually became the Brotherhood of Assassins as it became more global and well-known. They established the values of preserving free will and combating corrupt injustice, which turned the Brotherhood into the only driving force of the organization. Thus, the enormous influence that Bayek had on the killers cannot be underestimated, creating both the organization itself and the core spirit that supports it.

Being the original protagonist of the legendary Assassin’s Creed franchise, we can say that Altair is as influential as Bayek in the overall history of the Brotherhood of Assassins. Altair is widely known as an exemplary killer, he was a follower of the faith from birth and reached the rank of master assassin at the very young age of 25.

Perhaps most importantly, it was Altair who revealed the betrayal of the leader of the Levantine Brotherhood, Al Mualim, who was corrupted by the desire for power and secretly worked for the Knights Templar. Having destroyed Al-Mualim and received the almighty Apple of Eden, Altair rose to the leadership rank of Mentor in the brotherhood, from which he was able to change the way the assassins existed and acted, destroying this corruption that had risen in the Brotherhood.

As a result of Altair’s leadership and leadership, the killers have become more down-to-earth, abandoning a high-profile existence and returning to the shadows. It was Altair who suggested that the assassins expand their sphere of influence, expanding around the world and creating guilds, and all this in order to act and hide in plain sight. Despite the fact that Altair directly stops many conspiracies and nefarious schemes of the Templars even after reaching the title of mentor, the influence that Altair has on the Brotherhood of Assassins is clearly visible.

Although it can be said that all the main characters of the franchise have a certain commendable influence on the organization as a whole, none of them has the same watershed level of influence as Bayek and Altair. With Bayek’s creation of Hidden and Altair’s individual leadership during the most turbulent period of the brotherhood, it becomes clear why these two are considered the two most influential characters in the entire Assassin’s Creed franchise.