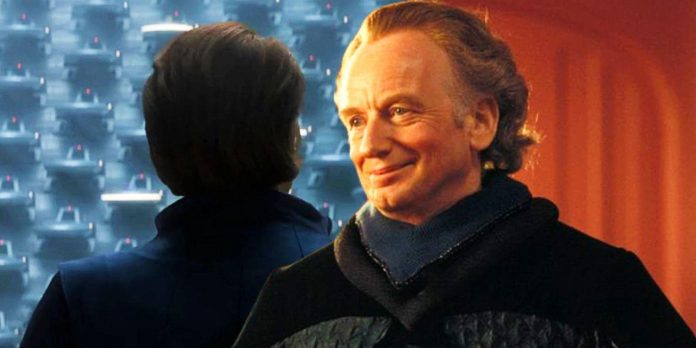 Andor is another “Star Wars” story set between “Star Wars: Episode III— Revenge of the Sith” and “Star Wars: Episode IV—A New Hope,” and it seems like it could retroactively correct one of the most serious criticisms of the prequels. Given that the future of Star Wars after the Skywalker saga is still unclear, the franchise is shifting its focus to filling in the gaps between key eras in the saga. For this reason, shows such as Obi-Wan Kenobi and the upcoming Andor echo elements of both the Star Wars prequels and the original trilogy, and thus can play to the strengths of each of them.

Diego Luna will reprise his role as Cassian Andor in a story set five years before the events of Rogue One: Star Wars: Stories. This places the show about 14 years after “Revenge of the Sith”, when the Galaxy was ruled by the Emperor through the Imperial Senate. When viewers first met Cassian Andor in Rogue One, it was pretty clear that the character had a long and exhausting history with Rebellion, something that Andor’s series could better explore.

In addition to the military storyline, Andor also seems to be exploring the political state of the galaxy in that era. Andor’s first trailer featured footage of the Imperial Senate, as well as an imperial assembly and an important social event on Coruscant. One of the most serious criticisms of the “Star Wars” prequels, especially “Star Wars: Episode I — The Hidden Menace”, was the sometimes boring political meetings and Senate meetings about trade legislation and a vote of no confidence. Despite the fact that the political background was crucial to the history of the prequels, the transition from 16 years of no Star Wars films to a film that spent so much time with a boring plot about politics turned out to be a disappointment compared to audience expectations. Andor, on the other hand, is just about the political tension of his era, so immersion in the politics of the galaxy this time can be perceived much better than in the prequels.

Anakin Skywalker’s origin story, the chance to see Jedi like Obi-Wan Kenobi in his prime, and the emergence of a brand new dark side warrior, Darth Maul, were at the top of the list of what viewers wanted to see. most of all in the return of “Star Wars” to the big screen. All of this was present in the film, but George Lucas had other plans for The Hidden Menace and the rest of the trilogy. Despite the criticism, the prequel trilogy managed to lay a lot of context for the politics of the galaxy, much of what will serve the history of Andor. Stormtroopers, Darth Vader, Inquisitors, and the power of the dark side were only part of how Palpatine managed to rule the entire galaxy and avoid rebellion for so long, which is why the political context of the galaxy after the uprising of the Galactic Empire is worth exploring.

“Star Wars” has evolved from a simple story about an outsider revolt against the mighty power of the Empire into a more morally ambiguous galaxy in which there is a fine line between good and evil — a change from which Andor can benefit greatly. In order for the two seasons of the series dedicated to one of the most studied eras of “Star Wars” to work, Andor will have to offer a different view of the war against the Empire. Focusing on the politics of the galaxy, as the prequels tried to do, is a great option.

Neil Gaiman’s Sandman will turn the history of mankind for his...