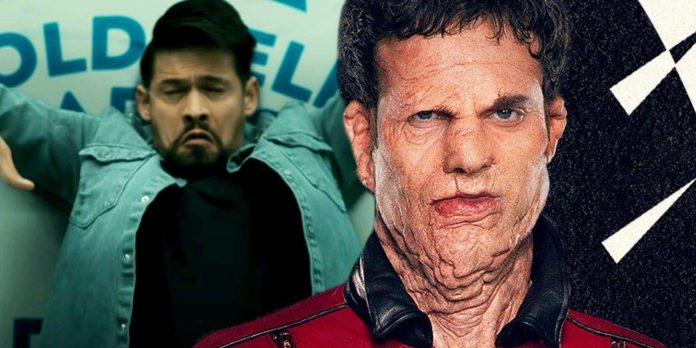 Attention! Ahead of the spoilers of the third season of “Umbrella Academy”.

Alfonso is one of Sparrow’s seven additions in the third season of Umbrella Academy, but how do his strange superpowers work? Reginald Hargreaves’ alternate timeline of The Sparrow Academy Kids is a morally mixed bag, and while Ben (number two) is clearly the most treacherous, Jake Epstein’s Alfonso (number four) isn’t far behind. Unkindly called Diego “the blob”, Alfonso not only forces Reginald to give up his fortune, but also shows much less understanding towards Umbrellas than people like Marcus and Sloan.

During the 3rd season of Umbrella Academy, Alfonso participates in two major fights – one against Allison, the other against Diego. His fight against Allison takes place in the Hargreaves Mansion (after “Free”, but before “Jerks”) and perfectly demonstrates the basic principle of Alfonso’s supernatural superpower. Allison hits him right in the face, and Alfonso’s body sends kinetic energy bouncing back from where it came from down his opponent’s arm and hits Allison’s face. In fact, any damage that can be inflicted on Alfonso is inflicted on the person attacking him. Allison might as well have been hitting herself.

Related: Umbrella Academy: Where did Reginald Hargreaves come from?

The best demonstration of Alfonso’s powers takes place during an argument in the supermarket of the 3rd season of Umbrella Academy against Diego, but questions arise about how Alfonso’s damage counteraction is actually activated. Some of Diego’s punches (as well as Stan’s knife throw) are deflected, while other attacks, such as when Diego chops off an enemy’s chin, are not. Diego can’t just endure the pain, because the young Stan manages to throw a cheap jar at Alfonso’s head without feeling anything. Stan’s thrown knife proves that skin-to-skin contact is not required, and Diego’s unpunished blow to the chin eliminates the use of blood as a trigger. The only explanation is that Alfonso has to consciously “activate” his power, like lifting a shield — sometimes it is there, sometimes not.

When Diego lands a few quick punches on Alfonso’s torso or catches a punch and pulls Number 4’s arm back, he avoids transmitting pain. And when Alfonso gets tired and starts to choke, Diego can kick him in the mouth, and his own chin remains in place. Meanwhile, Stan hits Alfonso with a marked food can when Sparrow is lying almost unconscious on the floor of the supermarket. Umbrella Academy clearly hints that the more exhausted Alfonso becomes, the less able he is to parry blows, as in one key moment number four Vorobyov desperately pulls out an asthma inhaler in the middle of the battle, trying to catch his breath before Diego discards the medicine.

It is also worth considering whether Alfonso’s appearance is the result of his masochistic strength. The third season of Umbrella Academy never explains why Sparrow number Four looks that way. Maybe it’s just a condition from spontaneous conception. Most likely, all the attacks that Alfonso doesn’t feel are still affecting his body. For example, if Allison punches Alfonso in the nose and he reflects the pain back at her, the cartilage and bones of his nose still crack and deform. Alfonso, after all, looks like a guy whose superpower depends entirely on allowing himself to be slapped in the face, and his face is significantly less disfigured during flashbacks to the dojo in Season 3, episode 6 of Umbrella Academy.

No matter how he activates and controls them, Umbrella Academy proves that Alfonso’s powers are completely useless against sonic attacks. Elliot Page’s Victor not only knocks him down with an explosion of energy during the battle at Hargreaves Mansion, but Harlan’s larger wave later kills Alfonso completely. Perhaps these blasts were simply too strong to be countered (meaning there is a limit to what he can deflect), or perhaps the ability only applies to physical attacks (punches, blades, etc. D.), leaving Alfonso vulnerable to psychic or sonic attacks by nature.

Forza Horizon 5 Hot Wheels DLC: how to complete the Super...

Elden Ring Gains Gigantic Summons Thanks to A New Mod