Home Entertainment How, according to DELL Mini, will Apple’s mixed reality headset look like 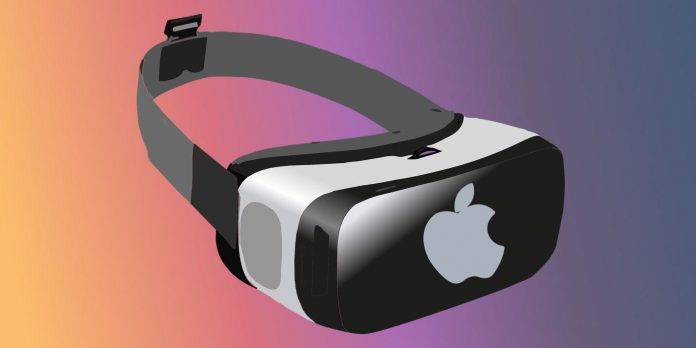 Apple’s mixed reality headset is at least a year away from launching, but DALL-E mini users have already created images of the upcoming device created by artificial intelligence. Over the past couple of weeks, the DALL-E mini has become something of a sensation, with users entering very specific requests to create art created by artificial intelligence. Users enter either random or very specific keywords to create their artwork, and while a lot of it may be weird, some of the results are digital masterpieces.

DALL-E mini has become so popular that users quite often receive an error message “too much traffic” when trying to use the program. It may take several attempts before the program can start, and even in this case, users may have to wait a few minutes to get the result. However, the images are usually worth it.

One of the many ways that users use DALL-E mini’s artificial intelligence skills is to launch hints about unreleased products or products that are rumored. Among them is Apple’s mixed reality headset, which became the subject of numerous leaks last year. Initially, there were rumors that the headset would be presented at the Apple WWDC conference, but now it is expected that it will be released in 2023. According to the leaks, the headset will have three displays (one micro-LED panel with high resolution for each eye and a third for each eye). peripheral vision) and have a rounded design. It is also expected to be equipped with a powerful CPU and GPU, as well as up to 15 cameras for augmented reality and environmental detection. Although there have been no leaked images of the headset so far, there are plenty of concept renderings, and the DALL-E mini has also shown pretty convincing results.

DALL-E mini displays different images depending on the user’s specific request, so it’s often worth playing with words to get the best result. For example, when you type “Apple mixed reality headset”, very bizarre creations appear, and “Apple virtual reality headset” gives more realistic results. CNET’s Dan Ackerman used the “VR headset made by Apple” hint to create images of an Apple headset, and some of them aren’t that bad. Many of the images have a noticeable Apple logo on the front, which is a smart touch of the program. Most headsets have a rounded design, although some of them come with an optional headband. Some of the headsets are also ridiculously huge, and one of them even has a plastic Apple logo as a frame.

Twitter user Nathan Liu got a funny result for Apple’s mixed reality glasses, which shows what looks like a typical AR headset next to a green apple. Not exactly what he was looking for, but points to DALL-E mini for trying.

Artificial intelligence artist and musician August Kamp has received some surprisingly realistic images for the Apple headset, which are not too different from what the conceptual renderers have shown so far. The images show a sleek headset, some with one headband and another with eyeglass-like arms that wrap around the back of the head. Rumor has it that the headset is lightweight, and these images actually look like a design that Apple will use.

Obviously, the DALL-E mini is capable of creating very realistic images of technological products of the future. At the moment, one can only guess what Apple’s mixed reality headset might eventually look like, but until actual leaked images of the device appear, these DALL-E mini-images created by artificial intelligence are as good as any conceptual renderers.

STALKER 2 on PS4 and Xbox One Would Be Impossible