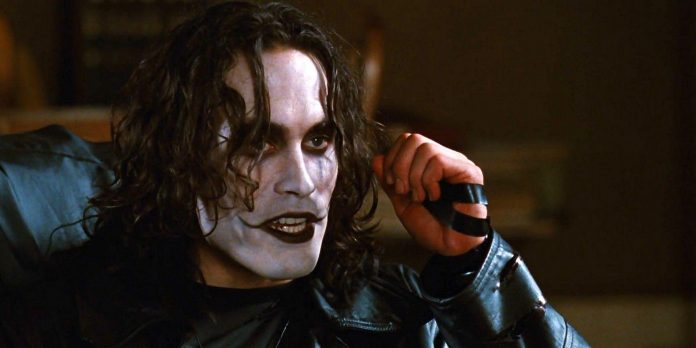 “Raven” is one of those franchises that has one solid record and a long history of cult recognition, but very few are represented today. His long and difficult history in the field of cinema has led to another attempt at a modern reboot, but he may still be ready for success.

Comic book movies were in a completely different world back in 1994. Long before every character who appeared at least twice in Marvel Comics got their own feature film, indie projects had a hard time breaking through to the screen. However, no comic book with a recognizable name today is immune from the screen.

“Raven” began its life as an independent comic book series, which became the flagship of Caliber Comics in 1989. Screenwriter James O’Barr created the series dealing with the death of his fiancee as a result of a drunk driver. The comic was loved in underground circles, but became popular thanks to the 1994 film adaptation. The film was well received, but the on-set accident that led to the tragic death of star Brandon Lee dominated cultural discussions. The film was perceived as a creative and unique masterpiece, as well as a fitting epitaph to a great talent who was taken away too soon. The film was followed by three sequels, each of which was criticized and forgotten by fans. Attempts to regain the success of the original film began in earnest more than a decade ago.

In 2008, Blade director Stephen Norrington announced his intention to write a script and direct his own version of The Raven. It was clear to him that his version would be very different from the 1994 adaptation of Alex Proyas’ material, trying to create something tougher and more realistic. Mark Wahlberg was offered the lead role. Norrington retired in 2011, leaving the director of “28 Weeks Later” Juan Carlos Fresnadillo. Bradley Cooper, Channing Tatum, Ryan Gosling, James McAvoy and Mark Wahlberg were again considered for the main role. This version lasted only a few months before Fresnadillo gave up. Between 2012 and 2016, news about the reboot of The Crow rose and fell like the tides. There were rumors that everyone from Luke Evans to Tom Hiddleston and Nicholas Hoult claimed the lead role. The version that looked ready for release was supposed to be created by The Hallow director Corin Hardy with Jason Momoa in the title role, but even it failed. However, a new version has appeared in 2020, and it may even appear on the screen.

The new version of “The Raven” will be headed by the American director of “Ghost in the Shell” Rupert Sanders, and the script will be written by the writer of King Richard Zach Bailin. Bill Skarsgard will play the main role, almost ten years after it was rumored that his brother Alexander would play this role. Despite the unusual announced crew, filming looks like it will end sometime in September, so fans will most likely see this movie. After fourteen years of trying to reboot the franchise and more than 28 years since the last successful recording, “Raven” seems ready for release. The main problem with this idea is that these 28 years have been filled with similar ideas and projects influenced by the original. The modern world may be a hostile place to reboot, but something good can still be learned from this idea.

“The Raven” is a revenge film. A man is offended, the woman he loves is being mistreated, and he turns to violence to get revenge. It’s a simple story, it was one of the main elements of the action genre even before movies became available. Harsh versions of the 80s were marked by leather jackets and pump-action rifles. Modern iterations prefer fancy suits and sleek pistols. There have always been a dime a dozen of them. Raven doesn’t have to fit into the same niche as John Wick or the Equalizer. The reboot should build on what makes the franchise special. The central element of “The Raven” is not its violence or tone, but its simple narrative and stellar performance. This is a supernatural Gothic revenge story in which an undead musician plays an invulnerable hunter and killer of those who have wronged him.

The element of the 1994 film that was missing in its sequels was style. Proyas’ world was Gothic, but it was also different from the others. The initial concept of the reboot, which is an attempt to recreate the same story in a more realistic tone, does not allow us to understand what people liked about the franchise. The revenge-oriented action movie hasn’t gone away. A superhero movie is only becoming more successful over the years. The combination of these two things is nothing new. The strength of “Raven” lies in the aspects that stand out from the general mass and make it a solid story decades later. It may not be the same throwback to the 90s that was in its original release, but the unique aspects of O’Barr’s classic comic still have the power to make something special.

According to the commentator, the appearance of Prince William and Kate...