Home Entertainment House of the Dragon: time jumps interfere with the pace? 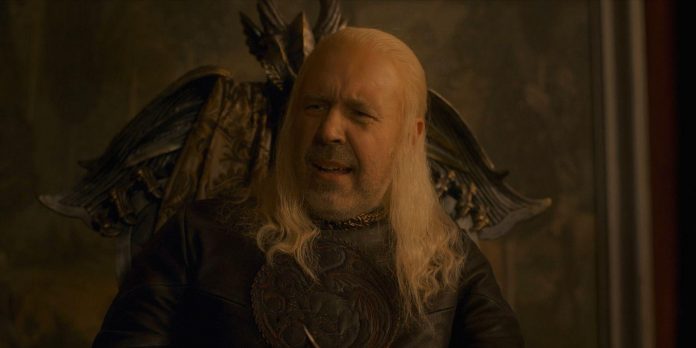 “House of the Dragon” was a pleasant surprise for many fans of “Game of Thrones”, who were burned by the much criticized final season. Returning to the universe of a Song of Ice and Fire has made a name for itself, distinguishing itself in many ways, some better than others.

It is known that “Game of Thrones” was a very intense series. One episode filled with tons of content, from combat scenes to tense dialogues. Episodes almost always had to cover the days, if not the hours, immediately following the episode preceding it.

There is a significant jump in time between each episode of “House of the Dragon”. Six months have passed between the first and second series. About three years pass between the second and third series. The child born in the premiere is already on his feet and hobbling towards the third episode. The trade dispute mentioned in passing in the first episode escalates in the second and ends in the third. The narrative develops quickly, and it can be difficult to tell where all the parts are when each episode begins. There is no time map showing the gap between each episode, it is given subtly through contextual hints. The show, of course, should not inspire this information to viewers, but the fact that each episode takes place in a different era than the previous one is a little annoying.

The films in the franchise have some leeway when it comes to timing. Part of a multi-year film franchise may take place years after the last one or have an impulse from its last moments. Jumps in time between seasons of television are not uncommon. The show goes to some big cliffhanger for a while, and the audience is ready for new experiences when it returns. Anime loves a good timeskip, it’s a chance to age all its characters for a few years and give them all new abilities and outfits. Regular jumps of prestigious television for several years between weekly episodes are somewhat unheard of. Some elements of the series seem to take place in the margins, while others take up most of the screen time. It’s interesting to imagine how “Game of Thrones” could handle the same material in the first seasons. The big difference lies in the formats of the two shows.

“Game of Thrones” covered the events almost in real time, only cutting out one perspective to show another. The camera moves away from the wall to check on Joffrey, then moves from there to see what Stannis is up to, and so on. Most of the important events in the series take place simultaneously, they are best depicted by a world map with all the relevant armies and characters. Meanwhile, the course of events in the “House of the Dragon” has a more linear structure. This is not the case with the simultaneous movement of several camps. Instead, in the first three episodes, he explores the life and times of one family, scattered over the years of new events. The focus shifted abruptly. There are fewer central characters, which means that the few that are there get more attention. On the other hand, the series seems set up to cover much more information than its predecessor in less time.

“House of the Dragon” has already been renewed for a second season. The first will have ten episodes, the duration of the second season is still unknown. It is very likely that the time elapsed between episodes will gradually decrease over the course of the season, but there will almost certainly be a sharper increase. The series aims to tell the story of the fall of the House of Targaryen from the lords of the kingdom to the deplorable state they occupy in Game of Thrones. There are still a lot of questions to be covered in this narrative, some of which will probably require even bigger jumps on the timeline. A child born in the premiere is likely to become a man and give birth to an heir. The story is certainly not drawn out, but the pace may leave some viewers behind. Some fans caused trouble for the original Game of Thrones because it was difficult to follow, but the absence of a few minutes of The Dragon House could completely lose a fan.

House of the Dragon is unlikely to slow down, but most fans find it absolutely fascinating in its current form. Jumping forward in time can leave interesting stuff between episodes. Fans of the franchise seem to have no problems keeping up, but such a breakneck pace can somewhat confuse newcomers. Pace is the key to any narrative, and as some fans discovered in the third episode of the series, too much of anything can lead to frustration. Fans will have to wait and see how “House of the Dragon” copes with the years turning into decades as the seasons continue.