Home Entertainment “House of the Dragon” star Steve Toussaint is Not bothered by racist... 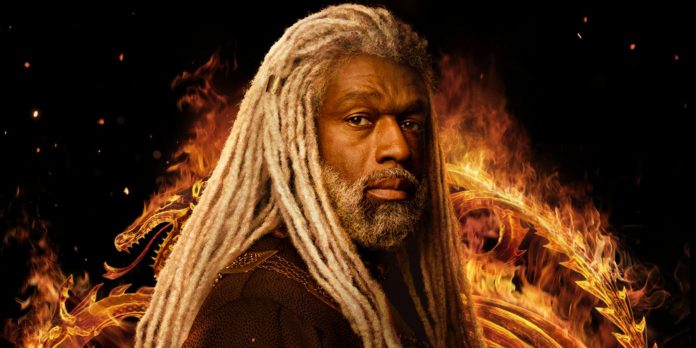 The House of the Dragon made its long-awaited appearance, but certain viewers expressed dislike for the diversity represented in the world of Westeros. The main target of unfounded criticism was 57-year-old British actor Steve Toussaint, who played Lord Corliss Velarion in the new prequel series. Toussaint does not forget about the feelings that certain viewers have for his casting, but he is not embarrassed by criticism.

In an interview with Men’s Health, Toussaint discussed the criticism that arose because of his role in “House of the Dragon”. During the interview, Toussaint noted that people of color are an integral part of history that cannot be ignored or overlooked.

“It seems to be very difficult for people to swallow,” Toussaint said. “And like you said, they’re happy when the dragon flies. They are happy with white hair and purple eyes, but a rich black guy? It’s over the edge.” As already mentioned, Toussaint portrays Lord Corliss Velarion in the new HBO prequel series, who is the head of the House of Velarion and the husband of Princess Rhaenys Targaryen, played by Eva Best. The character comes from George R. R. Martin’s book Fire and Blood, but the character’s race is never explicitly mentioned. Of course, the adaptation of the characters is far from perfect, but to say that Toussaint’s cast is unrealistic is to ignore the fantastic elements that many viewers find plausible in a fictional world.

Despite the unfounded criticism, Toussaint sees the positive impact of his choice and decided to enjoy it. “What was wonderful was that for every toxic person who somehow got into my timeline, there were so many others who supported me so much,” the “House of the Dragon” star said. “Even when we were shooting certain scenes, there were supporting artists who came and went:”It’s great to have such an idea.””

The premiere of “House of the Dragon” became a record, attracting almost 10 million viewers, which became the highest premiere of the series in the history of HBO. So, naturally, the audience demanded the return of the “Game of Thrones” materials, but it will be interesting to see how the series will be combined with “The Lord of the Rings: Rings of Power”, which will be released soon, on September 2.

“House of the Dragon” airs Sundays at 21:00 Eastern Standard Time on HBO and HBO Max.

4×8 Legacies: Hope Is In Danger In New Promo; Watch!