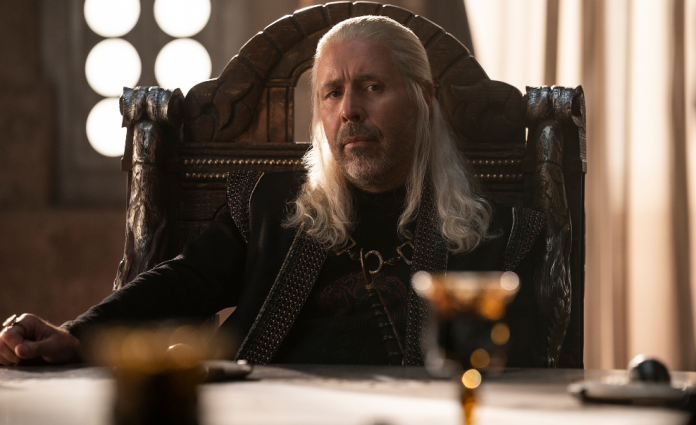 Paddy Considine said that the author of “Game of Thrones” George R. R. Martin sent him a text praising his play in the spin-off “House of the Dragon”.

The actor plays King Viserys Targaryen in the prequel series, which takes place 200 years before the events of Game of Thrones. The series is based on Martin’s novel “Fire and Blood”, which tells about the war of succession between House Targaryen, known as the “Dance of Dragons”.

In an interview with GQ Hype, Considine said he received Martin’s approval, saying: “I received a text message that simply said, ‘Your Viserys is better than my Viserys.’

“It was from George R. R. Martin. And I thought: “This will do it.” Thank you for trusting me.”

Elsewhere in the interview, the actor defended the character against claims by some fans that he is boring, adding: “There is an opinion that he is weak, which I think is absolute nonsense. He’s too compassionate for this job. I think a sense of duty is what came over him.

“He was the only person in this kingdom who had at least some damn moral principles. He keeps everything together as long as he absolutely can. I thought it was a pleasure to play with him. He believed in duty above all else. I do not know if people have understood this correctly.”

In a conversation with NME, Emma D’Arcy and Olivia Cooke recently discussed how the characters of Rainira and Alicent have changed after a 10-year hiatus between the fifth and sixth episodes.

HBO renewed “House of the Dragon” for a second season in August, after the first episode debuted in front of 20 million viewers in the US.

In a four – star review , NME wrote: “What’s encouraging is that the House of the Dragon feels like it’s walking on solid ground: simmering rivalry, power struggles, violent outbursts; six episodes, it all comes together to create a rich stew.”

“House of the Dragon” post: Paddy Considine says George R. R. Martin wrote to him: “Your Viserys is better than my Viserys” appeared first on NME

Andor’s director tells us about Princess Leia’s Easter egg, which he...