Home Entertainment “House of the Dragon” is missing an important ingredient of “Game of... 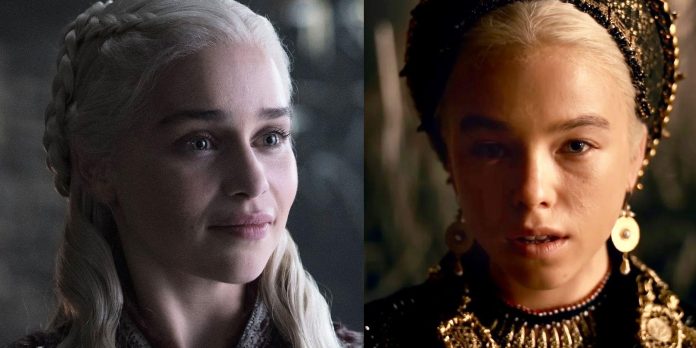 After a very long wait, fans of “Game of Thrones” were finally able to watch the premiere of “House of the Dragon” last week. Back in the world of King’s Landing, fans got to know some of the integral members of House Targaryen and witnessed some political issues from the very beginning. However, despite the fact that it was a great start, it seemed that the premiere episode lacked an important ingredient of “Game of Thrones”.

In the first episode “House of the Dragon” there was a political split in the Targaryen family. Even before the series was completed, it was known that the plot would focus entirely on the lives of several key members of House Targaryen and their journey to the Iron Throne. But it was this episode that was lacking compared to the premiere of “Game of Thrones”, which not only ended with an amazing cliffhanger, but also highlighted the rivalry between several families of Westeros.

In the first episode of House of the Dragon, fans get to know King Viserys Targaryen, played by Paddy Considine, the King of the Seven Kingdoms. He seems to be a man who genuinely cares about his family and his people, and is the complete opposite of the legendary Mad King or even Robert Baratheon from Game of Thrones. He is a cute character who has to make difficult decisions for the sake of his kingdom. The most important aspect is his love for his wife and his relationship with his daughter, Princess Millie Alcock Rainira.

This episode tells the story of the Targaryen family and how women have been kept away from the Iron Throne for decades. It seems that without a male heir, Viserys has no choice but to hand over the throne to his brother, Prince Damon Matt Smith. Throughout the premiere episode, Damon is shown as a character with two very different personalities. Next to his niece Rainira, he gives the impression of a caring gentleman, and at other times he seems to be an insidious person who will do anything for his own benefit. It’s currently unclear whether Damon will be a good or evil character in the future, but the tension between the brothers is already well known.

In the remaining episodes, it seems that the focus will shift to intrigues and tricks to take a place on the Iron Throne, a theme that is common to the House of the Dragon and Game of Thrones. Towards the end of the first episode, Viserys announces Rainira as her rightful heir, and this important decision is likely to displease the members of the council. Despite the fact that many advise him to avoid putting a woman on the throne, Viserys is convinced that there is no better candidate than Rhaenyra. Perhaps this was the perfect way to end the first episode with a decision that would determine the further development of the plot. But is he as strong as in “Game of Thrones”?

Recall that the premiere episode of the extremely popular series introduced fans not only to the House of Targaryen, but also to members of the House of Stark, Lannister and Baratheon. Someone might argue that there was too much in the episode: several characters shared screen space in the hour-long premiere. However, the flip side of the argument may be that the attention of the House of the Dragon is very one-dimensional. Watching the rivalry between different families made the plot of “Game of Thrones” even more interesting, and the subsequent fan theories even more juicy.

The premiere of “Game of Thrones” begins with watching one of the biggest threats — White Walkers, and fans wonder what they will bring to the picture. Daenerys marries the Dothraki warlord Khal Drogo and receives three dragon eggs as a wedding gift. The Starks of Winterfell seem like the perfect family, and Ned is suddenly appointed the new Hand of the King. The incestuous relationship between Jaime and Queen Cersei Lannister was revealed, which rather shocked many fans. But what was more shocking was that when Bran Stark finds out about their secret, Jaime casually pushes him out of the window of a high tower, leaving the boy paralyzed.

The cliffhanger at the end of the premiere episode of “Game of Thrones” is one of the best in the latest popular series. Long-time fans of the series and the books by George R. R. Martin on which it is based are still talking about him. The fall of Bran brought the series to the popular HBO Max list, and although it may not have been watched as many times as the premiere episode of “House of the Dragon”, at that moment “Game of Thrones” earned loyal fans.

Throughout its nearly decade-long journey, “Game of Thrones” has undergone many twists, most of which have been quite shocking in nature. Having multiple families as part of the plot helped propel the story quite easily, as their rivalries and alliances took up most of the execution time.