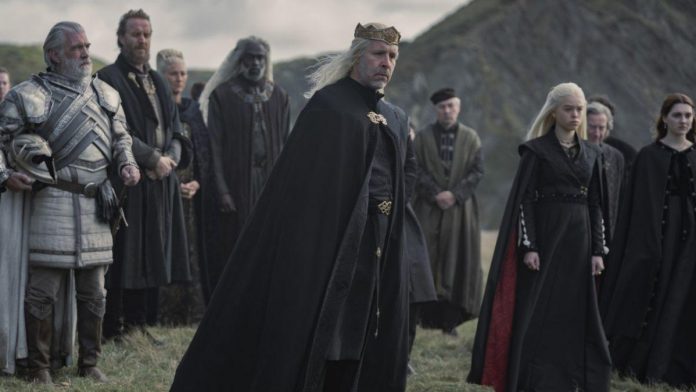 “House of the Dragon” wasted no time and made history for HBO after the very first episode aired, and the network quickly made an official order for the second season. However, now the show is undergoing big changes behind the scenes after only two episodes were released. Director and co-showrunner Miguel Sapochnik, who has already gained fame among fans of “Game of Thrones” after working on the original series, is leaving the prequel.

Sapochnik was a co-showrunner with Ryan Condal in the first season, and THR reports that he decided to leave after exhausting himself over three years of development and production to make “House of the Dragon.” He still works as an executive producer. In a statement announcing his departure, Sapochnik said it was an “honor and privilege” for him to work in the Game of Thrones universe and in the House of the Dragon team, and then continued:

I am so proud of what we have achieved in the first season, and I am very pleased with the enthusiastic reaction of our viewers. It was incredibly difficult to make the decision to move on, but I know that this is the right choice for me personally and professionally. However, when I do, I am deeply comforted to learn that Alan will be joining the series. I have known and respected him for a long time, and I believe that this precious series could not be in more reliable hands. I am so excited to remain a part of the HBO family and House of the Dragon, and of course I wish Ryan and his team success and all the best for the second season and beyond.

Miguel Sapochnik confirmed that it was difficult for him to make this decision, but he remains at his own. He also mentioned Alan Taylor, who became the executive producer and director of House of the Dragon. He has to shoot several episodes of the second season, and this is a logical choice to help fill the void created after the departure of Sapochnik.

Like Sapochnik, Alan Taylor directed a number of notable episodes of Game of Thrones, including “Baylor” (aka one of the most revolutionary episodes of the series with the tragic end of Ned Stark) in the first season and “Beyond the Wall” (which brought the first death of one of Daenerys’ dragons) in season 7. He also He is a veteran of HBO beyond the world of Westeros, directing concerts in “The Sopranos Clan” and “Rome”. He also directed The Many Saints of Newark as a prequel to The Sopranos.

Miguel Sapochnik played a key role in bringing “House of the Dragon” to television and worked closely enough with “A Song of Ice and Fire” and “Flame and Blood” by George R. R. Martin to witness some key details of the book that the author wanted to include. It should be interesting to see if there are any noticeable changes in the finished product that fans will notice, but the BTS change won’t take effect until the end of the first season, which has already ended filming.

HBO also released a statement about Miguel Sapochnik’s departure, praising him for his “amazing job” in creating a “signature look” in the first season of “House of the Dragon”, although the network “would like Miguel to continue playing in the series.” the same role.”

Despite the fact that the original co-showrunner will not return in his former role, his legacy will remain in the “House of the Dragon”. He directed the premiere of the series, which broke HBO ratings records, and two episodes were enough to build the world of Westeros in an era that was never explored in Game of Thrones.

You can find new episodes of House of the Dragon on Sundays at 21:00. ET on HBO or watch them streaming with an HBO Max subscription. They are released on the streaming service simultaneously with the broadcast on the network. To find out about other viewing options in the coming weeks, be sure to check out our schedule of TV premieres for 2022.

Ravenlock looks like another bizarre interpretation of the Alice in Wonderland...