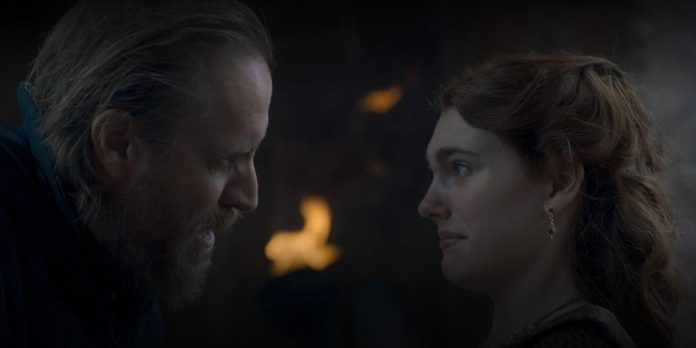 It wouldn’t be entirely accurate to say that the action intensified in the last episode of “House of the Dragon“, but it definitely felt like the stakes were raised, and it was done in a way that seems to hint that the action will really increase. quite a bit, as the first season of HBO Max begins with a fall. The main reason that the tension has really increased by a decent amount is that the House of the Dragon really showed for the first time that, although Damon may not be the one who is deeply misunderstood, but to a greater extent the one who is actually a bad person.

Matt Smith has done a wonderful job, having spent most of the season coaching balance in this regard. Every time he looks like he might actually be evil, he does something to show that in fact he is just struggling with his place in life. Or that he just feels that he has earned a bad reputation. Of course, the last episode of “House of the Dragon” seemed to show that he was starting to lean into a very dark place. This episode made it clear that he had arrived there.

There’s more than one scene that shows that Damon’s descent into darkness is something that people who know what he’s capable of don’t like. This is another testimony of the actors in the HBO Max series that from time to time things are allowed to play out subtly. When Damon continues to be a terrible person, Viserys’ look is enough for the audience to understand that he is deeply, deeply concerned about what his brother is doing.

There is, of course, a bit of action that really enhances the situation. It looks like this will have far-reaching implications for the rest of this season and will probably stretch into the following seasons of “House of the Dragon”. This is a real testament to the show: when the tension and action really gets a little stronger towards the end of the episode, it’s not hard to imagine the viewers at home sitting forward and looking a little closer.

There is some question whether this may be the last time viewers of the HBO Max series see some of these characters. There was a big wedding — and what this franchise has with weddings is interesting — and it certainly seems like a hint that things are about to go forward in Westeros.

Of course, more than a few irons have been thrown into the fire, which will have a pretty strong impact on how the rest of this season turns out. This is another reason why this episode could be a kind of “turning point” in the season. This episode of House of the Dragon also managed to mend the relationship when it came to more than a few relationships.

There is also a guarantee that there will be a real palace intrigue when it comes to the girl who will become the queen and her protector. The show also shows very well that secrets in the world of the House of the Dragon do not remain secrets for so long. This, of course, was demonstrated quite well in Game of Thrones, but so far it has not been covered so well in this particular series.

In fact, up until the fifth episode, the world of the House of the Dragon was quite closed. Almost all the action took place either in the Steppes, or on Dragonstone, or in the capital of Westeros. And for the most part, when something happened outside the castle, it seemed pretty fleeting. In this episode, it was very well managed to create the feeling that the world of Westeros is more than just a few different places. The show did a good job with it, although in fact it just showed fleeting shots of the big world.

These were all different locations put together, which allowed viewers to feel that the “House of the Dragon” was concretized. This does not mean that everything was done perfectly. The show clearly has a very large computer graphics budget. He also has a very large budget for costumes, but from time to time there are signs that something is missing when it comes to spending that budget. One of the problems with having to show that the world of Westeros is bigger than in the series before is that it needs to be done while most of the series is still being filmed on stage.

Uncharted: Tom Holland Takes His Car To Wash In A Funny...

4 Years Of Dragon Ball FighterZ: The Game That Made History