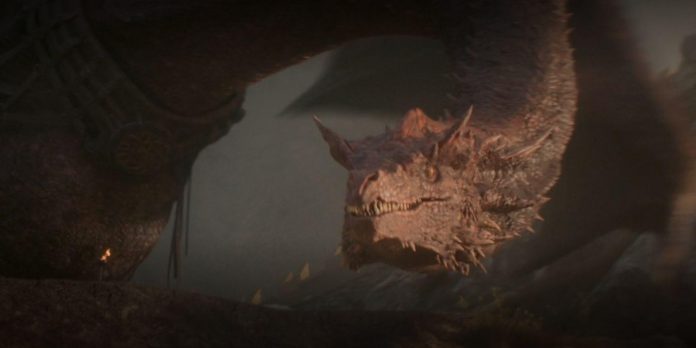 It has long been known that “House of the Dragon” was going to stand out from “Game of Thrones” because the focus of the show, at least in the beginning, is much more about the management of the kingdom and everything related to it, more than the Battle for the Iron Throne. In the second episode of the HBO series Max, there was even less action than in its predecessor, as there was no tournament for men to show how good they are at killing lives.

This does not mean that the episode was completely bloodless. While Westeros is a relatively peaceful place under Viserys rule, discord arises here and there. This is highlighted by one of the opening scenes with several men who look like they are being beaten to the bone and left to bleed to death, or apparently being feasted by crabs scattered on the beach. As a way to create a scene for what is to happen in the “Dragon House”, this installation reminds viewers very well that there are people in this world who are closer to monsters than to humans. Even if they don’t go as far when it comes to threats, as they did with the White Walkers in the original series.

Downton Abbey, but with dragons

While the first episode of “House of the Dragon” seemed to hint that the kingdom was fast moving towards civil war, this second episode makes it clear that events will unfold a little slower than GoT fans might be used to. see. The episode is much more about how the kingdom operates in peacetime, which was never the case in the original series. This means that the show focuses on the little things needed to preserve the kingdom. At the same time, the show helps viewers get to know the main players very well. It helps that there are fewer of them than in Game of Thrones, because there’s not much “who is he?” going on as the episode goes on.

This pace allows the House of the Dragon to stay away from the gratuitous sex and gratuitous violence that the previous HBO series was so famous for. It also allows the main players of this show to perform with much less bombast than the people who were at the center of the previous show. King Viserys doesn’t really look like Robert Baratheon at all, and right at the top of the list is why Paddy Considine does a very convincing job of creating a character and a king that viewers can really root for, while at the same time demonstrating that he has some flaws here and there.

There are scenes where Considine and Millie Alcock were able to convince the audience of “House of the Dragon” that they are father and daughter. Both show very well that there is real family love between them, while they also do not know how to behave with each other. This is also where Alcock does his best work.

The actress still either remains wooden, or is called to be wooden in the image of the young princess Rhaenyra Targaryen. Perhaps viewers should know that one of the reasons she’s so wooden is because she’s trying to be what she knows people expect her to be. However, it would be nice to hear how this phrase sounds like a kind of hat for those who are trying to figure it out. As it is now, she just seems to be the one saying the lines while most of the rest of the cast is playing.

Discord in the House of the Dragon

Alcock struggles to convey her lines in such a way that they seem sincere, not helped by the huge efforts that the showrunners of the House of the Dragon are making in order to make her a hero. In this episode, she literally became a hero in the fight between the King’s men and Matt Smith’s Damon Targaryen after Damon stole the dragon egg.

The scene was actually quite impressive, perhaps the most impressive of the entire series, and it was nice to see the show return to a place that Game of Thrones fans know very well. It’s also great to see real dragons appear on the screen, and it’s always going to be a powerful scene. It was powerful enough that for a moment the viewer could even forget for a second that it shouldn’t be any surprise to the king’s people that the dragon would actually live in Dragonstone and be related to Daemon. The fact that they actually forgot actually becomes a bit strange when you think about how the scene unfolded.

This scene where Rhys Evans’ Otto Hightower seems to have made a rather reckless move, which is not as improbable as it might seem when viewers realize that the show is dealing with people who have a pretty impressive ego. It’s plausible that they may have thought they could either shame or scare Damon into kneeling again. It just wasn’t that plausible that once they understood why he wasn’t afraid, they would be shocked.

Abbott Elementary creator Quinta Branson responds to the opinion that the...