Home Celebrity House of The Dragon: All about the casting that has just started! 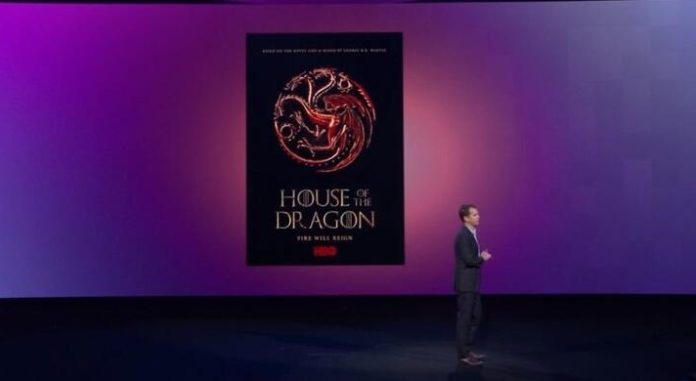 There are many Game of Thrones spin-off rumors coming out. We know more about the casting of House of The Dragon!

The famous Game of Thrones series ended after 8 intense seasons . Fans will not stay on their end! Indeed, we should find the very pretty Daenerys in the spin-off “House of The Dragon”. Casting clues have been revealed!

Sophie Turner who plays Sansa does not seem quite ready to continue the GOT adventure in a mini-series. However, the house Targaryen will continue to shine! Indeed, the release of “House of The Dragon” has been validated . The series should therefore see the light of day in 2022! Good news: the casting announcements have started to come out!

Knight Edge Media unveiled the casting announcements . These were relayed by Screenrant. For the roles of Aegon and Visenya Targaryen, these will be new actors. Indeed, Ryan Condal, the screenwriter and Miguel Sapochnik, the director, are looking for new actors to interpret them in this new series.

NEW ACTORS FOR HOUSE OF THE DRAGON AND THE RELEASE SCHEDULED FOR 2020!
The director and the scriptwriter therefore described the roles! Here it is: “Aegon Targaryen 20s, white male. Married his two sisters VISENYA and RHAENYS. Withdrawn, calm, pious. Tough with those who challenge him. Ride the Balerion dragon ” . There are also two other announcements : “ Visenya Targaryen 20s, Caucasian woman. Elder sister and wife of king AEGON TARGARYEN. A voluptuous, severe, serious and unforgiving woman. Ride the dragon Vhagar. ”

There is also this fact sheet: “Rhaenys Targaryen 20s, Caucasian woman. Younger sister of King AEGON TARGARYEN. Kind, graceful, playful, curious, impulsive, and given to flights of fantasy, with a playful aspect to his personality. Ride the Meraxes dragon. ” We look forward to discovering new descriptions to imagine how will be the protagonists of” House of The Dragon “!