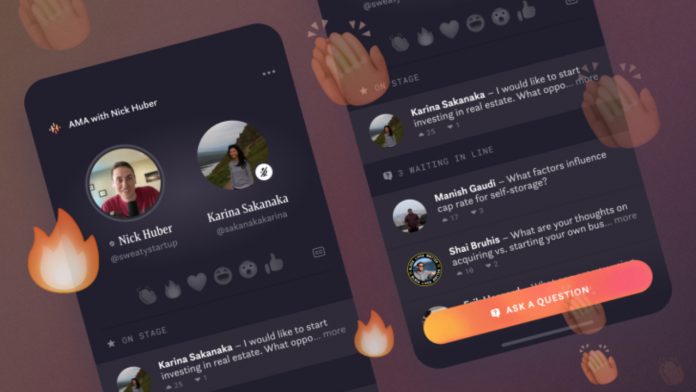 Hotline, a mix of Clubhouse and Instagram Live, was announced. The social media company wants to build a platform with Hotline where content creators can talk and receive live questions from viewers.

The application, announced by the NPE team of Facebook’s R&D group, started to be tested publicly. The web-based application does not have a mobile version yet. Investor Nick Huber was the first to try the application publicly.

Unlike Cluphouse, content creators will be able to perform their activities not only with sound but also visually. Another important difference is that conversations can be recorded automatically. In addition, these recordings will be able to post on other social networks later. The hotline may attract more professional users because sessions are recorded and questions are asked in text before they are discussed.

In the application, after the participants ask questions, they can be taken to the stage for interaction if their questions are chosen by the meeting host. Currently, guests are represented by profile icons and can only join the stage with voice. However, there is an option in the settings where the listener can open the not yet functional video for testing. There is currently no limit to the number of listeners.

In the app, when asked questions, users can react with emojis such as clapping hands, fire, laughter, surprise, and thumbs up. In the hotline, hosts will have full control and be able to remove inappropriate questions from the queue. It will also be able to remove people from their sessions.

The Hotline interface is similar to other voice chat services Clubhouse and Twitter Spaces applications. On the left of the PC there is a loudspeaker section that displays the event host as a live video stream or audio icon. To the right or below are the audience of the event.

Facebook did not make an official statement about the launch of the Hotline. It is not yet known when the testing phase of the application will end, when the mobile version will be released and when it will be made available to the general public.

The success of Clubhouse, which reports 10 million active users per week and can only be accessed by invitation, demonstrated the potential of voice chat services, especially during the pandemic period. Twitter, on the other hand, announced the application called Spaces to exploit this potential.

Open Source: what it is and how it works