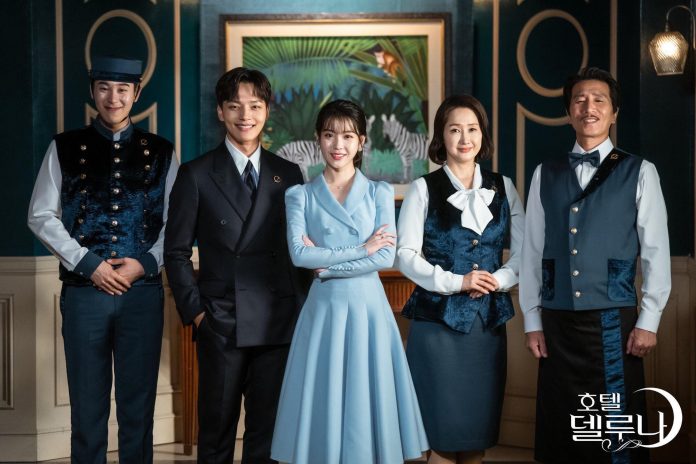 The Korean entertainment continues with preparations for the 2021 and premieres next year, including adaptations of webtoons, new series and films, remakes of other popular stories will also be made.

Through Korean media, it was confirmed that Hotel del Luna will premiere again as a musical , works of this type are very popular in South Korea and are sometimes starred by K-pop idols thanks to their vocal abilities.

The K-Drama oiginal was starring singer IU and actor Yeo Jin Goo,the plot revolves around a girl who is the manager of a hotel where ghosts live, this due to a curse that fell against her after committing an unforgivable act.

HOTEL DEL LUNA WILL RELEASE ITS OWN MUSICAL

According to the first reports, Hotel del Luna El Musical will be released until 2022, this due to the pandemic and because many preparations are required for the songs, as well as the choice of the cast, IU may repeat her role.

The work will be created by Showplay, an expert company in concerts and television shows, as well as other musicals. The remake of the drama will recreate the songs and fantasy of the story, as well as the chemistry between the main characters. The OST is expected to be the main piece of this version, as the soundtrack is one of the most popular elements, after the characters.

The music is another attraction of Korean entertainment , voice and songs are strong, IU could protagonizarlo because she is also a great soloist. The drama reached high ratings, even sparking rumors of a second season following the appearance of Kim So Hyun, who made a cameo appearance and became the hotel’s new manager.

Another release that Korean entertainment has in store is the adaptation of the webtoon Seen from a distance, green spring.

5 News Altcoin Traders Should Watch Out For This Week