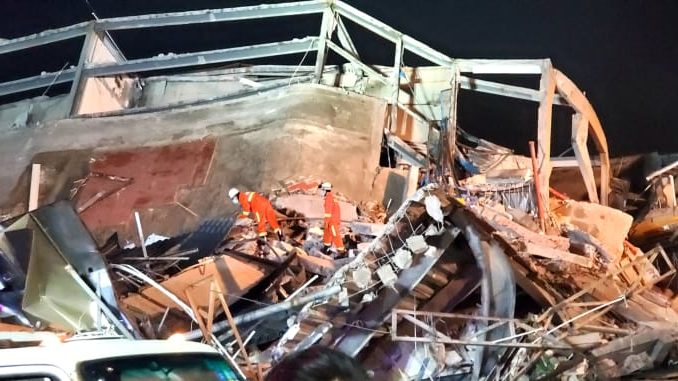 Located in the quarantine area in Fujian province of China, Xinjia Express Hotel has collapsed. Currently, it is thought that there are about 70 people under the wreckage.

A new incident happened while the Corona virus has seriously focused the world’s attention. The Xinjian Express Hotel is located in Fujian city of China hotels, Turkey has collapsed around 14:30 clock. According to local media and officials, 70 people are under the wreckage.

The 80-room hotel was recently used as a kind of quarantine area for people in contact with patients with the Corona virus. Rescue work in the area of ​​the 5-storey hotel is still ongoing.

Although the latest statements contain information on the number of people recovered from the rubble and how many people were found under the rubble, there is no explanation for the reason for the building’s collapse.

Posts on social media were as follows:

Suddenly; a hotel in Nanhuan Road, Licheng District, Quanzhou collapsed! It is said to be a hotel in the quarantine point. Some personnel were buried at the scene. Rescuers have rushed to the scene to search and rescue. Xiamen fire emergency dispatch reinforcements! pic.twitter.com/ksRgaxlvVg