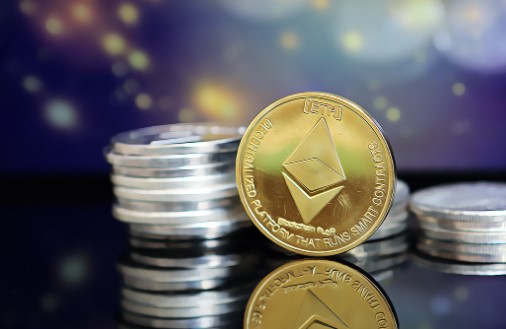 Due to scalability issues, many competitors have come to Ethereum. They have shown significant growth, promising a faster, cheaper and better network. The largest altcoin still holds more than 50% of TVL’s power on the network. One of Ethereum’s competitors has taken the final step for its own stable coin project. Here are the details.

According to a statement distributed by the Near DeFi division, Proximity Labs, today a decentralized stable coin called USN was launched on the Near Protocol, a scalable level 1 blockchain. The launch occurred after the news about the “development” that we announced over the weekend. USN will be a decentralized stable coin, similar to TerraUSD (UST) and Frax Finance (FRAX), pegged to the US dollar, but without dollar monetary reserves. A stable USN coin can be issued by depositing NEAR tokens, the Near blockchain’s own crypto asset, as collateral.

An independent team called Decentral Bank, organized as a DAO, is leading the work on a stable USN coin. He works in collaboration with Proximity Labs, which contributes to the DAO.

Although the price has slightly increased under the influence of the news, it cannot remain above $14 yet.

A Proximity representative said that USN can serve as an effective way to restart liquidity for DeFi protocols. It supports protocols such as Near, Ref Finance, Burrow, Aurigami and Bastion. These protocols decided to integrate the USN stablecoin.

The USN stablecoin will pay income from 10% per annum. To start this process, the DAO will need to vote. This revenue will be generated by revenue from the local placement of NEAR tokens using Decentral DAO security validators. The return will vary depending on the percentage of the NEAR share and the market capitalization of the tokens.

In addition, Decentral Bank DAO will have several stabilization mechanisms to support the binding of the USN to the dollar. The first is an arbitration system that will try to force the USN stablecoin to trade for NEAR tokens worth about one dollar. The second is the reserve fund of NEAR and USDT tokens, owned by the DAO Treasury.

But what if they strengthen the USN with NEAR by $3,5,10 billion, BTC or any other cryptocurrency like Terra? In this case, we can expect the growth of cryptocurrency markets with an effect similar to the Terra (LUNA) news.

SEC Is Examining This Altcoin And Famous Bitcoin Exchange!