Home Crypto Hot development: Yellen, explanation of the stablecoin! Who is the victim of... 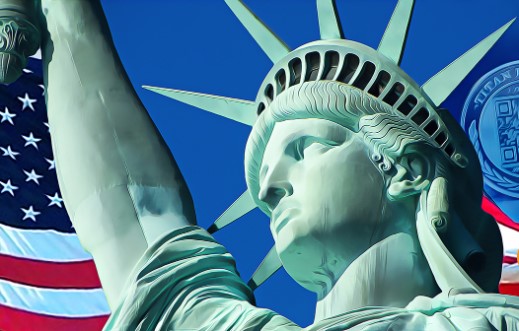 Historical events have occurred in the cryptocurrency markets since yesterday evening. Algorithmic stablecoins, on the other hand, were on the agenda. One of the main reasons for the collapse was chaos on the side of the UST. The Fed released a report on stablecoins this evening, and we shared it with you. A few minutes ago, US Treasury Secretary Yellen was talking about stablecoins.

To date, US regulators pay great attention to the risks associated with stablecoins. Yellen, on the other hand, mentioned the potential risks, citing the IMSP as an example after the crisis that occurred last night. He drew attention to the urgent need to adopt a law on stablecoins by the end of 2022.

In response to a question from Senator Pat Toomey (R-PA) about stablecoins at a hearing on May 10, Yellen confirmed that it is “important and even urgent” for Congress to pass a law on stablecoins. He also called it “extremely appropriate” for Congress to do so by the end of the year. Yellen highlighted the drama surrounding TerraUSD (UST) over the weekend, saying:

“The stablecoin, known as TerraUSD, experienced a breakthrough and lost in price. I think it confirms that this is a fast-growing product and its risks are growing rapidly.”

Tumi, for its part, is behind legislation aimed at combating non-algorithmic stablecoins. In response, Yellen made an “important distinction” for algorithmic stablecoins such as UST. The hearings were devoted to the work of the Financial Stability Oversight Council, a supervisory body headed by the Minister of Finance.

US Treasury Secretary Janet Yellen is going to tell the crypto industry what she thinks in her first official speech dedicated to digital assets. Yellen will say on Thursday at the American University in Washington, DC, whether the Ministry of Finance considers cryptocurrencies as a new part of the US economy.

The Treasury Department, the Biden administration and federal regulators have been paying much more attention to cryptocurrencies, especially stablecoins, since last year. The Ministry of Finance played an important role in the preparation of last year’s report of the presidential working group on financial markets, which outlined the government’s first salvo to create rules for cryptocurrencies pegged to the dollar.

U.S. regulators rely heavily on Congress to approve new rules governing the activities of stablecoin issuers, just as the government controls banks. If lawmakers fail to produce results, the Securities and Exchange Commission and the Federal Reserve plan to use another channel to achieve new oversight, despite the limitations of the council’s powers.

This Metaverse Coin Makes a Major Move: A World First!