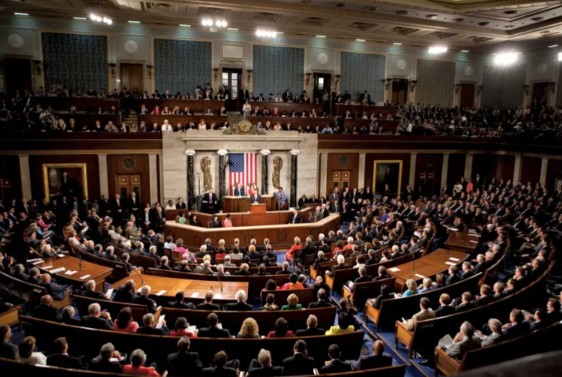 It turned out that there was a closed session in the USA yesterday for the altcoin projects Terra (LUNA) and its stablecoin TerraUSD (UST), which have been on the agenda with their recent collapses. In the session, it is stated that especially the regulations for stablecoins pegged to the US dollar were discussed. Here are the details…

As we reported as Kriptokoin.com, the algorithmic stablecoin of the Terra (LUNA) ecosystem collapsed by leaving the 1 dollar stable. This also affected Terra’s management token LUNA, with both coins losing over 100 percent in just days. This situation, which led to the melting of the funds of many investors, was spoken by political figures. Many were already pointing out that there should be regulation for stablecoins.

According to US media, the House of Representatives Financial Services Committee held a closed session on Terra. While Democratic lawmakers attended the meeting, Eva Su, a US Congressional Research Analyst, Research Manager at the Digital Fiat Currency Institute, and Dante Disparte, Circle’s strategy and global policy manager, attended the meeting and gave information to the lawmakers on the subject. As it is known, Circle is the company behind USD Coin (USDC), which is the second largest stablecoin by market capitalization.

Gary Gensler, Chairman of the US Securities and Exchange Commission (SEC), shed some light on the role crypto will play in the agency’s 2023 budget. Gensler also commented on crypto exchanges not wanting to partner with regulators, suggesting that a crackdown is imminent.

Gary Gensler pointed to the recent collapse of the Terra (LUNA) ecosystem. Investors lost thousands or even millions of dollars as a result of the project’s collapse. Also, evidence of the dark work behind the project is emerging. Now, South Korean regulators are fining developers $78 million for tax evasion as the Terra legal team left the company. Also, founder Do Kwon submitted a hard fork voting for the launch of a new network. While the votes are in favor of the hard fork for now, many investors on Twitter are actually against it and think that Kwon cheated on the vote.