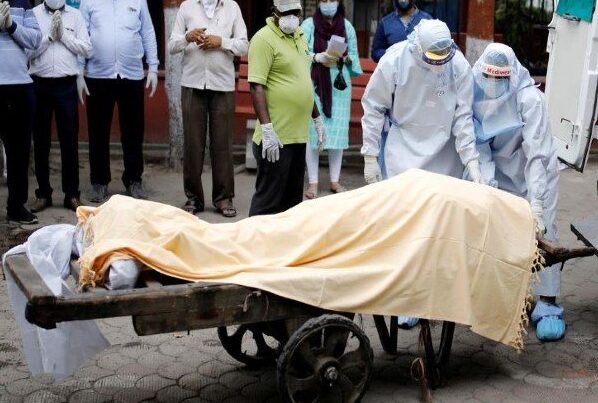 Combating coronavirus in India: hospitals in New Delhi will serve capital residents only.

The National Capital Territory of Delhi, Arwind Kejriwal, who includes the capital of India in New Delhi and surrounding areas, reported that government hospitals will only serve residents of the capital until the new type of coronavirus (Covid-19) outbreak ends.

According to the news on the NDTV channel, Kejriwal pointed out that video-conferencing hospitals are 27 thousand cases of Covid-19 in the capital, stating that hospitals under the central government are at the service of the entire public.

Arwind Kejriwal said that state hospitals and some private hospitals managed by the Delhi government were leaving for the residents of the capital until the outbreak ended, saying that 10,000 beds were ready in this context.

Expressing that if the patients in other states are allowed, the empty beds in their hands will be filled within 3 days, Kejriwal stated that if the outbreak increases, hotels and similar facilities may be converted into hospitals in the future.

The ruling party reacted to the decision

On the other hand, the ruling Indian People’s Party (BJP) government’s Minority Affairs Minister Muhtar Abbas Naqvi said in a statement, reacting to the Delhi government’s decision, saying that many citizens from the surrounding provinces came to treat the capital.

Naqvi also pointed out that politics should not be confused in such situations.

Thousands of comments were made on the social media platforms. Along with the supporters of the government’s decision among the users, there were also those who reacted against the decision.

See Also  India's Capital Is Covered With Poisonous Smoke : Schools Are On Holiday

The number of Covid-19 cases increased to 256 thousand 563 in India, and 7 thousand 174 people lost their lives due to the epidemic.

The number of cases increased to 27 thousand 654 in the Delhi National Capital Region, which included New Delhi and its surrounding regions.

Suggestions to cope with isolation from astronauts

Speechless! This is what Demi Rose looks like… go bombs!

What is Jungkook looking for in a girl?

Apple Plans to Move 20 Percent of iPhone Production in China...

Emmy will hold a virtual ceremony due to coronavirus