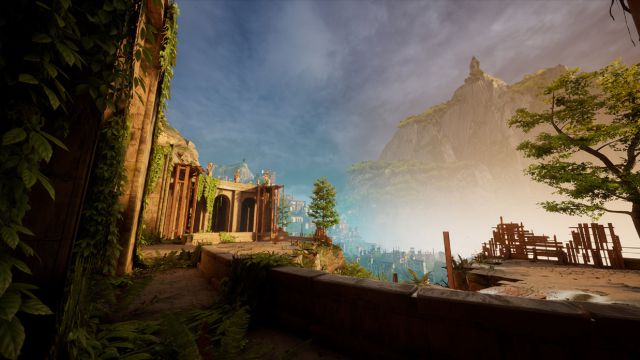 Horror Tales: The Wine,  This first-person survival horror for consoles and PC is set on a fictional island in the Mediterranean.A deadly pandemic, a disease that runs everything in its path. Death has left its mark on the Mediterranean (and fictional) island where Horror Tales: The Wine takes place, a new first-person horror title that will take us to explore a mysterious, apparently uninhabited city. The objective? Get the cure once and for all. Through a trailer, which you can see below these lines, it has been confirmed that the title will arrive on PS4, PS5, Xbox One, Xbox Series X, Xbox Series S, Nintendo Switch and PC on July 30.

Getting the bottle of wine that cures the disease will not be easy. As much as the city seems deserted, something or someone moves through its streets. Neither the sun nor the breeze should mislead our protagonist from the task at hand, since he soon discovers that someone is chasing him mercilessly. Failure brings death, but escaping will not be the only thing you will have to do. Horror Tales: The Wine promises environmental puzzles, physics-based puzzles, and other challenges within a vertical and interconnected world.

The first of a saga

Carlos Coronado (Koral) is the author of this video game, which will be part of a collection of titles in which he will touch on different aspects of terror and different and unique mechanics. They will form a trilogy of adventures in the first person and of fear from different points of view. Horror Tales: The Beggar will introduce experimental gameplay and non-traditional enemies, while Horror Tales: The Astronaut will leave the player without gravity.

The Wine, for its part, will be localized in Spanish, but will also introduce texts in Catalan, English, Russian, Japanese and Chinese. They also report that the title will implement more than twenty accessibility options that will allow you to customize the game.

What Dragon Age: Dreadwolf Can Learn (Avoid) from Origins