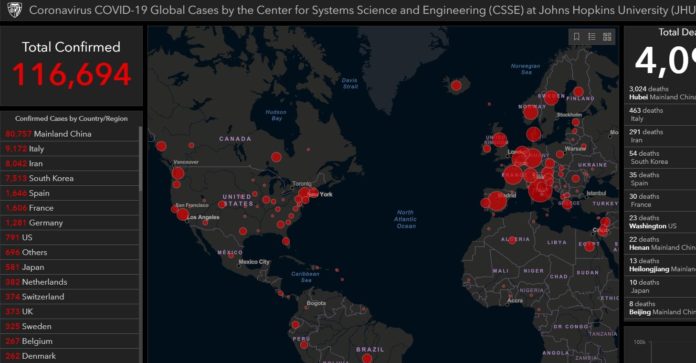 There is also panic in the USA due to the epidemic of the new deadly Corona virus (Covid-19), which has emerged in Wuhan, People’s Republic of China and has spread to the world, causing 5.429 deaths. Estimates and scenarios made by the U.S. Centers for Disease Control and Prevention (CDC) also confirm concerns.

According to the New York Times, the CDC expects 65 percent of the US population to infect the new Corona virus. CDC shared its models with 50 expert groups. These expert groups are investigating how quickly the virus will spread and how severe the virus-borne illnesses will be.

The death toll increases to an estimated 1.7 million
The worst case scenario assumes conditions where no action is taken to prevent the spread of the deadly Corona virus. In this case, it is thought that every person infected with the virus will spread the disease by transmitting the virus to 2 or 3 other people. According to the estimates of the CDC, 2.4 million to 21 million people in the U.S. may become hospitals. In this case, emergency services and intensive care units will be crushed under this density.

In some models prepared by the CDC, the number of dead can increase from 200,000 to 1.7 million. The World Health Organization announced that the mortality rate of the virus was around 3.5 percent. By comparison, the number of people who die from the flu every year in the US is 30,000.

The most effective measure taken in the USA to prevent the spread of the outbreak so far is social withdrawal. Cancellation of conferences and meetings, holiday of schools, stopping the NBA season are some of these measures. In Italy, authorities closed businesses, museums and historical sites. There are no such behavioral changes in CDC models. If these are included in the models, the estimates are thought to be a little more relaxing.

On the other hand, the predictions of CDC’s models and epidemiologists from Harvard University overlap. Among these estimates, the virus is expected to spread widely until next year.

In the US, however, outbreak control policy raises question marks. While the Corona virus was said to have been seen in at least 46 states in total, Ohio Governor Mike DeWine said he believed there were 100,000 undiagnosed cases in the state. In addition to the scarcity of test kits and testing for a small number of American citizens, the abundance of Americans (28 million) who do not have access to a primary health care service without insurance raises concerns about stopping the spread of the disease.

Eddie Murphy he quit because of the Golden Raspberry.