Home Celebrity Of Horror! Lil Pump Was Shooting His New Video Clip And A... 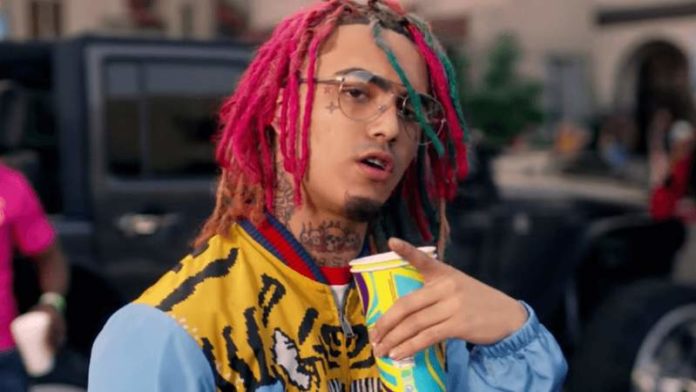 Of horror! Lil Pump was shooting his new video clip and a snake attacked him. A recording that went viral on social networks shows what happened.

Far away Lil Pump was thinking about the horror that would be the recording of his next video clip. In full shooting the rapper was attacked by a snake.

The terrible fact occurred at a time when props posed the reptile on the artist. The animal immediately bit the popular young man when he caught it in his hands.

The singer himself posted on Instagram a video where he is observed jumping from fright from a ladder where he was recording. The publication has so far about five million reproductions.

In the post, the American shows his hand bleeding. However, the incident was later taken gracefully, writing sarcastically, “a snake just bit me … I hope not to die.”

Fortunately, the situation did not happen to adults and the interpreter of ‘Gucci Gang’ uploaded another image where he looked smiling and serene after the reptile attack.

Justin Bieber is giving a concert for Valentine’s Day!

How Uhtred Survived the Battle of Tettenhall Revealed