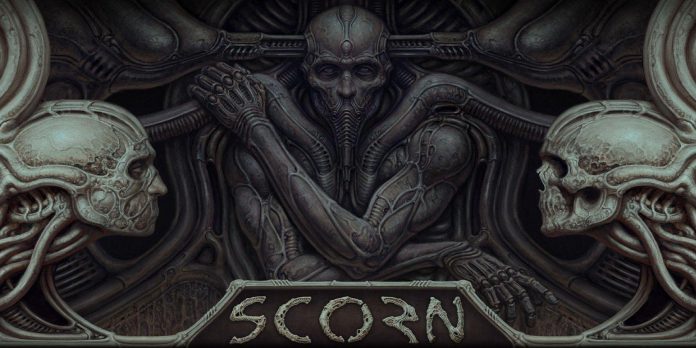 Scorn is a horror game from Kepler Interactive, which will be released soon. The game attracted the attention of players with its creepy atmosphere and unique design. Fans have seen content from Scorn running on consoles, but many were also hoping for an adapted version of the game for PC. Fortunately for these fans, the developers of Scorn have announced that the game will be released without DRM on GOG.com .

Scorn is one of the most anticipated games of 2022 due to its rich themes, extremely terrible graphics and a campaign based on uncompromising horror. In addition, the developers seem to be trying to appease the fans, as evidenced by a recent announcement.

The Scorn team tweeted an image showing the benefits of the luxury edition of the game and confirming that the game will appear on GOG.com in a format without DRM. Essentially, this means that players can pay a one-time fee for the title and choose how to use and install the content. Unlike other games that are often available and can only be played on certain platforms at certain times, games without DRM allow gamers to have better control over the ownership process. Kepler Interactive listens to its players, allowing fans to focus on the bloody gameplay of Scorn, and not on the circumstances of their purchase.

News about Scorn is interesting, given the previous trailers and announcements of the game. Scorn was created for Xbox and Windows consoles, and the version on GOG.com Undoubtedly, it will give other players the opportunity to get their hands on the upcoming horror. Indeed, in addition to the fact that Scorn is available in a DRM-free format, there is currently a 10% discount on the game as part of the pre-order promotion for GOG.com and on Steam. This is another reason for gamers to think about buying a game before its release in the Halloween season.

Although the news about Scorn is an encouraging sign for players, it does not mean that the game will be a resounding success. Playing as the creepy main character Scorn certainly looks interesting, but in recent years, many games have been released that have been poorly received. However, the game developers have clearly dedicated themselves to their creation, and this is undoubtedly a positive signal. Let’s hope that as the release date of Scorn approaches, fans will see more gameplay and get a game that combines fears, graphics, plot and much more. On the eve of Halloween, gamers will finally be able to play Scorn in its entirety.

Scorn will be released on October 21, 2022 for Microsoft Windows and Xbox Series X/S.