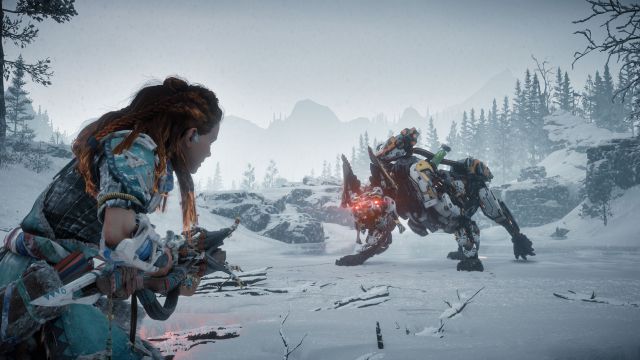 Horizon Zero Dawn: The update does not add new content, but it does improve some issues that players had encountered during their journey. It was the year 2017 when Guerrilla Games released Horizon Zero Dawn, an open world title set in a post-apocalyptic future. Like other video games developed by PlayStation’s in-house studios, the game has been updated on PS5 to run at 60 FPS. However, this version still had some other problem, which has been resolved after the application of patch 1.54, now available.

Aloy’s Adventure does not incorporate any additional chapters or new features, but the update undertakes a series of improvements to avoid crashes and other errors, which mainly affect performance.

The sequel, closer and closer

Aloy is not done with her adventure. Guerrilla Games is immersed in the development of Horizon Forbidden West, a direct sequel that was announced as a PS5 exclusive, but which will eventually also be released on the previous generation console. In fact, in a post on the official PlayStation blog, the study has highlighted that both versions have been developed and tested at the same time. Although there will be visual and performance differences, from Guerrilla they have ensured that the game will work well on PS4.

Horizon Forbidden West won’t make it to its 2021 appointment, but it won’t take too long. If there are no more changes to the calendar, the title will be ready by February 18. In the end, the upgrade from the PS4 version to the PS5 version will be free, as Sony pointed out after users expressed their discontent on social networks. Of course, from now on all intergenerational games from PlayStation Studios can be updated to the new generation, upon payment of 10 euros.

Xbox Reinforces Its Indie Catalog: All The Games Announced At The...