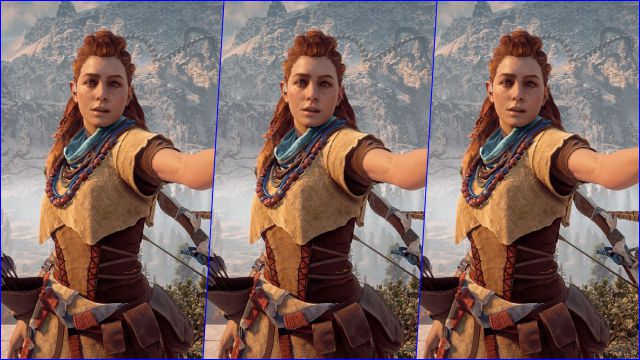 Horizon Zero Dawn: The Guerrilla Games title is updated for free with a 4K resolution and performance patch via checkerboard. They check their performance.The update of Horizon Zero Dawn to add the much demanded 60 FPS on PS5 was one of the great news of the Opening Night Live of Gamescom 2021. Guerrilla Games, which minutes before confirmed the delay until 2022 of Horizon Forbidden West, thus compensates for the uneasiness from fans of the Aloy saga with an invitation to revisit the adventure that started it all, the title originally released in 2017 for PS4. The Bit Analyst channel has checked and compared the performance of the game at 60 FPS on PS5 compared to the original editions of PS4 and PS4 Pro.

How much better is the Horizon Zero Dawn patch on PS5?

As games such as Days Gone, Ghost of Tsushima or The Last of Us Part 2 did in the past, it is the turn of another of the titans of PlayStation Studios in the last generation of consoles: all PS5 players can enjoy 60 FPS via backward compatibility. The native version is still not next gen, but the fluidity of the image is multiplied.

Apart from improving the framerate to 60 frames per second, this patch eliminates the graphics modes on PS5 to leave only the best possible version: 4K resolution and 60 FPS, without drops. That’s what The Bit Analyst concludes in his review. The resolution is the same as in PS4 Pro and now avoids frame drops in places where PS4 and PS4 Pro had problems. Finally, another noteworthy point that directly affects the game plane: loading times. The SSD memory brings out its best face and makes the waits on PS5 reduce considerably.

Horizon Zero Dawn is available on PS4; We can also enjoy it on PS5 through backward compatibility, now improved with this patch. Horizon Forbidden West, meanwhile, will be asked until February 18, 2022 on PS5 and PS4.